PAGD should also have mentioned their own betrayals in white paper report: Basharat Bukhari 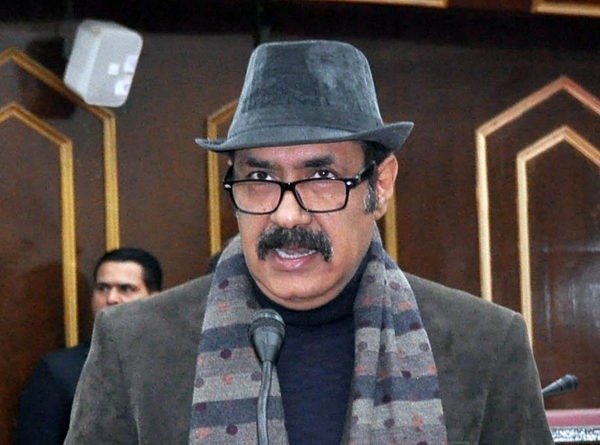 Srinagar, Mar 01: Peoples Conference senior leader, Basharat Bukhari on Tuesday said that PAGD members should also have mentioned their own betrayals in the white paper issued by them a few days ago.
Bukhari said that PAGD has named their white paper report as “Betrayal of August 05, 2019, however, they it would have been better if they would have mentioned about their own betrayals.
“As far as I know, all members of PAGD have been in power and I feel they should have mentioned their own betrayals, which have done during their own tenures with the people, in the white paper report,” he said.
Bukhari said that he would request them to launch volume 2 of white paper mentioning their own betrayals which they have done with the people of Jammu and Kashmir for the last 70 years.
He also said that PAGD’s agenda during DDC election was restoring of article 370 and 35A, however, till now they lack a roadmap and people could only see the statements and press conferences of PAGD leaders.
“If PAGD doesn’t have any roadmap to restore the rights of the people, then they should not deceive people,” he added.
Replying to a question, Bukhari said that PAGD was not formed to contest elections as a party but to restore what was snatched on August 05, 2019.
“If people decide to vote for PAGD leaders in upcoming elections, is there any guarantee them that these leaders would not deceive people,” he questioned.
He also said that elections should be held immediately so that people could chose their representatives, as elected representatives are better than bureaucrats in solving the grassroots issues.  kns