Massive Landslide In Udhampur: Highway To Remain Closed on Tuesday 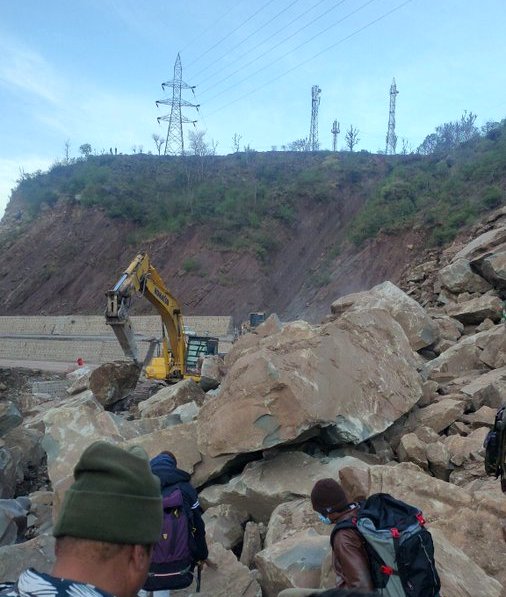 Official sources said the thoroughfare was blocked at Dewal near Samroli, Udhampur due to huge landslide.

They said that men and machinery have been employed to clear the thoroughfare to restore the traffic on the strategic highway. A number of blasts were carried throughout the day.

“Tomorrow on 01-03-2022, movement of all type of vehicles shall remain suspended on Jammu-Srinagar highway in view of huge stone-slide near Dewal bridge, Samroli Udhampur,” a traffic department statement to GNS reads.

Meanwhile sources said that road at Samroli landslide site has been “temporarily” made through for traffic. “Stranded passenger vehicles are being allowed.”