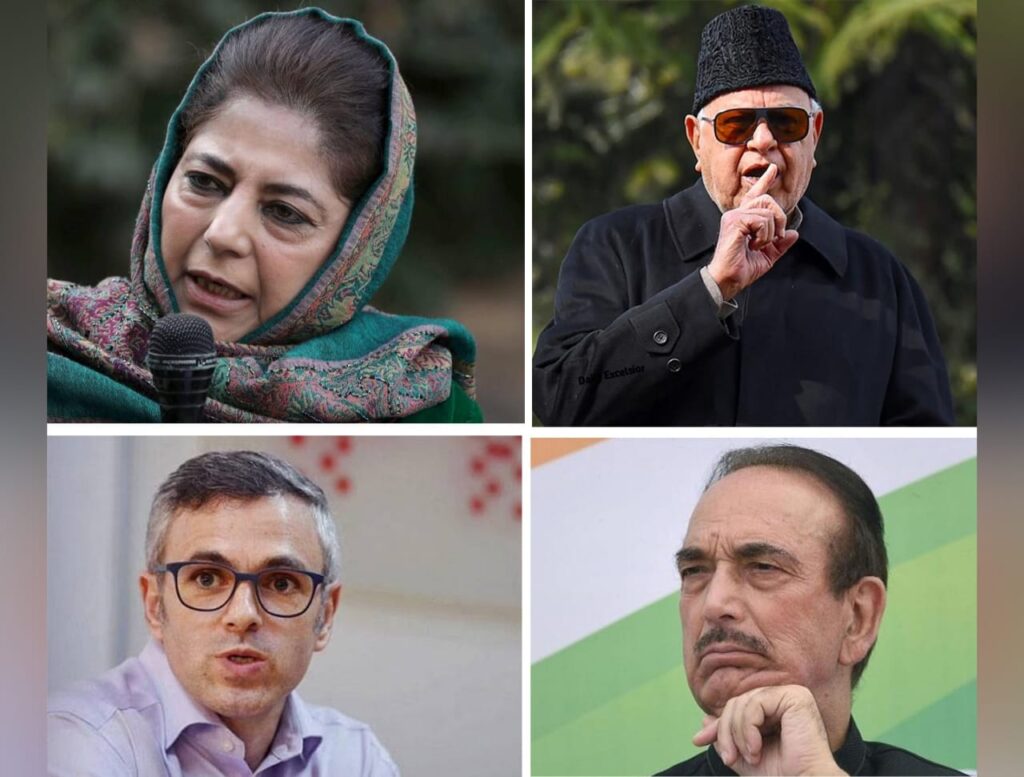 Sources said that the administration of the UT has decided to withdraw SSG cover to former chief ministers Farooq Abdullah, Omar Abdullah, Mehbooba Mufti, Ghulam Nabi Azad and their immediate family members. “A decision to this effect was taken in the security review coordination committee (SRCC) meetings held on July 18, 2021 and September 19, 2021,” they said, adding that all four ex-CMs and their 15 immediate family would no longer have SSG security cover.

According to sources, only sitting chief ministers of Jammu & Kashmir are entitled to have SSG cover after the Union Home Ministry amended The Jammu and Kashmir Special Security Group Act-2000 on March 31, 2020.

The amendments made in the law state that only sitting chief minister and his/her immediate family members are entitled for SSG security cover.

A letter  reveals that J&K’s Home department has written to ADGP security on December 31, 2021 that the competent authority has also approved the proposal right-size the SSG.

In the letter, the ADGP has been directed to reduce the posted strength of SSG to the bare minimum, preferably headed by a deputy superintendent of police, for maintaining continuity.

He has also been asked to post a suitable number of personnel in the security wing for close proximity team (CPT).

“These personnel will continue to receive allowance (25% of basic pay) as at present,” the communique states.

The ADGP has also been directed to post the remaining SSG personnel to other wings to make the best use of their knowledge/training expertise. “All the resources (including vehicles, access control gadgets, etc.) of the SSG, except such resources as may be required by SSF, be transferred to the security wing,” the letter states.

The SSG was created through a law enacted by the Jammu & Kashmir’s legislature in 2000 when Farooq Abdullah was heading the government.

On April 24, 2002, the Home department unveiled the operational structure and arrangements for implementation of the law.

Before enactment of the law, the security of former CM was governed by the rules and standing operating procedure issued by CID wing of J&K police in October 1996. kno