One Killed, Another Injured After Rolling Boulder Hits i20 Car in Ramban 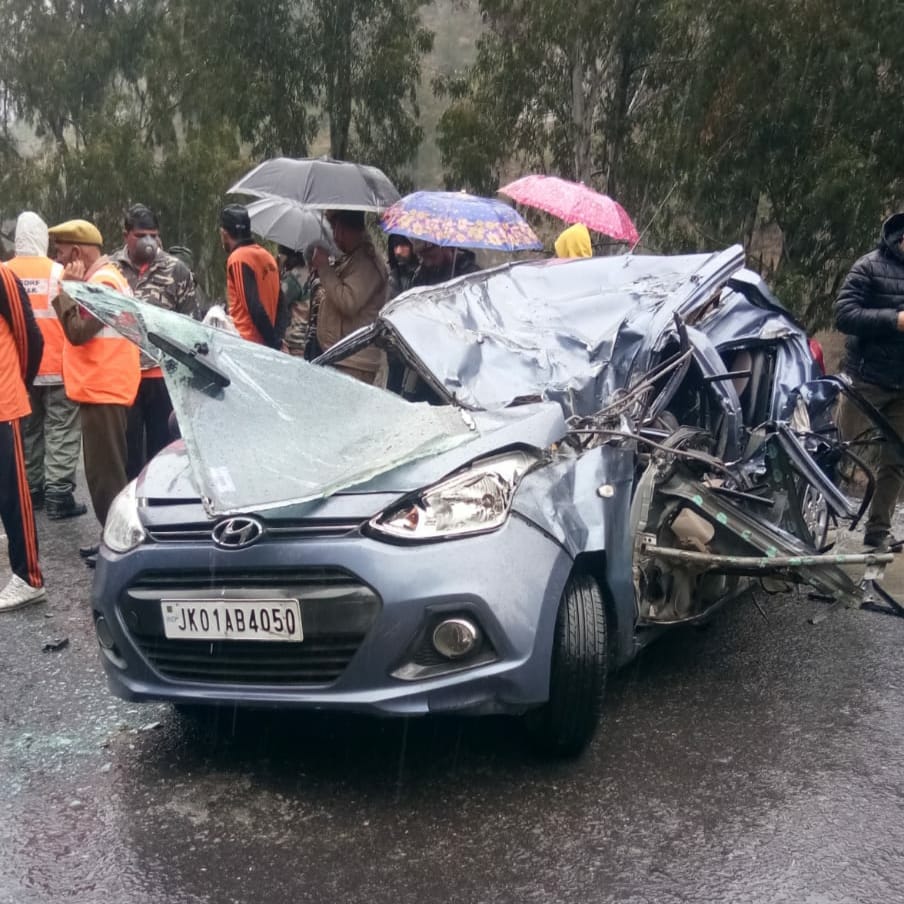 Srinagar, Jan 5: A person was killed and another injured after a car they were travelling in was hit by a rolling boulder near Karol Jaswal bridge in Ramban district this afternoon.

Officials said an i20 car bearing registration number JK01AB 4050 was hit by a boulder resulting in the on spot death of one and injuries to another.

“Both the persons are believed to be residents of Jammu and Kashmir though further credentials of the duo being ascertained”, they said adding the injured has been evacuated to a hospital at Ramban.

Authorities have identified the deceased person in Ramban road mishap as Adil Bashir, a resident of Gursa Colony Bemina in Srinagar.

Adil Bashir son of Bashir Ahmad Reshi, as per authorities, was killed after an i20 car, he was travelling in along another person, was hit by a rolling boulder near Karol Jaswal bridge in Ramban district this afternoon.