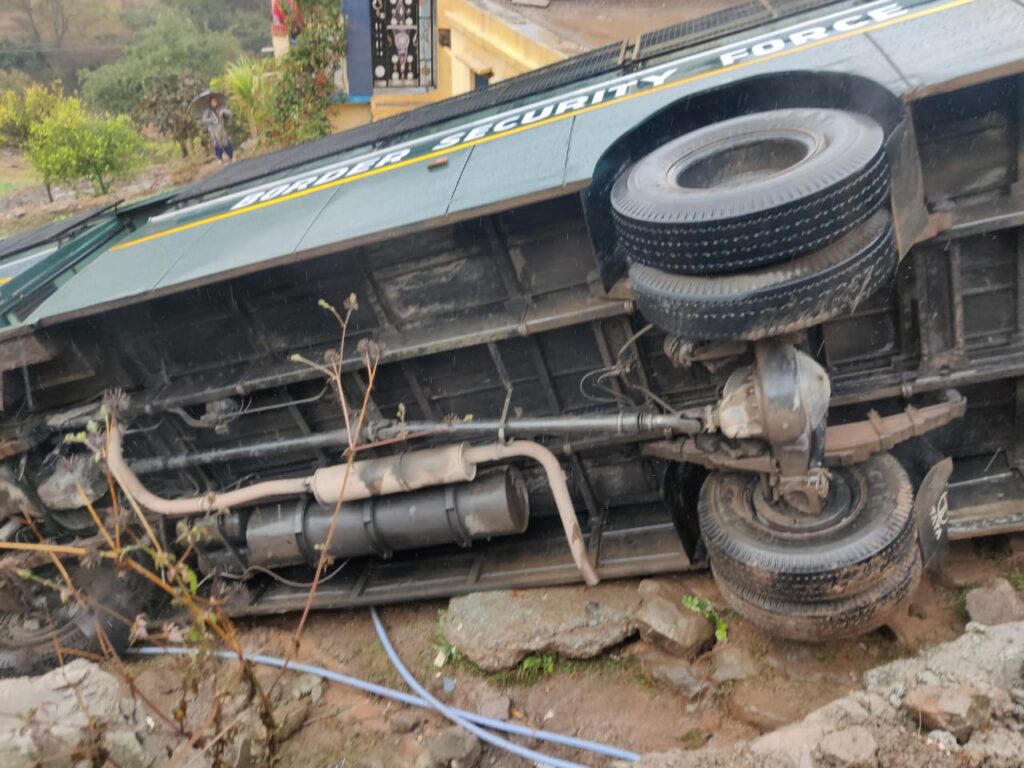 Jammu, Jan 05: Several BSF personnel were injured, four of them seriously, when a bus they were travelling in turtled in Rajouri district on Wednesday.

A police official said that a bus of BSF bearing registration number JK02AJ-5041 was part of the convoy and was on way from Poonch towards Jammu when it skidded along Jammu-Poonch Highway at Narian Sector Chingus in Rajouti district at around 1350 hours.

A number of personnel onboard the bus were injured and 4 of them suffered serious wounds.

All the injured were shifted to government hospital Nowshera, they said. The accident occurred amid continuous rains, he said. gns