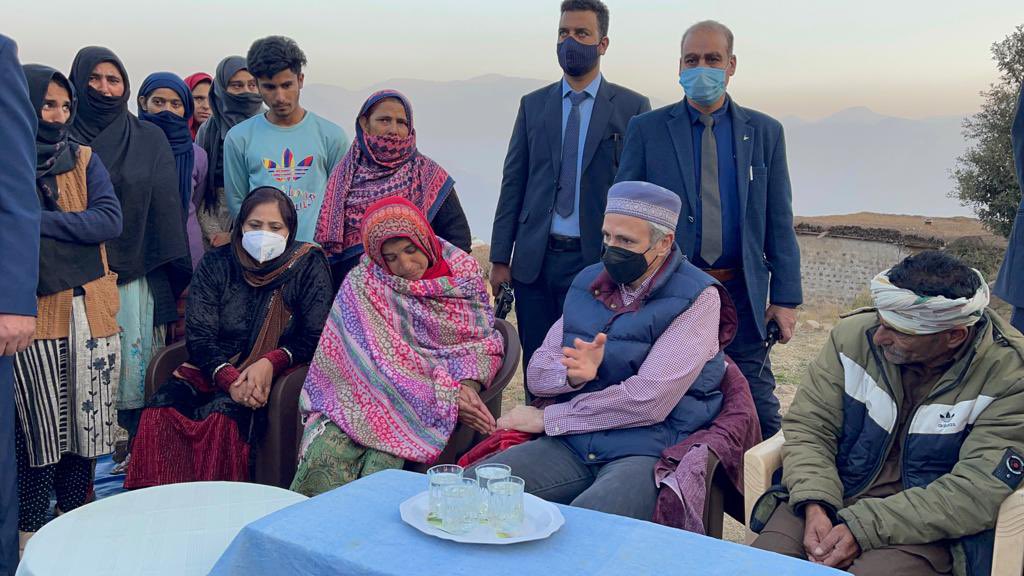 Omar visited Famrote village of Gool Block in district Ramban to condole and express sympathies with the bereaved kin of Amir Magray, who was among the four persons killed in Hyderpora gunfight.

Demanding handing over of the body of the deceased to the bereaved family, he asked the government to expedite the inquiry into the killings.

He said that the bodies to the families of two Srinagar families have been returned, but the voices for the return of Amir’s body remained unheard. “Since Amir’s family live in a far-off place, they are not able to visit the press enclave to press for their demands. The government should consider their demands and the body should be returned at earliest so that the last rites can be held as per the wishes of the family,” he added.

“It was an extremely moving experience to meet Amir Magray’s family at Famrote village, Gool today. Amir was one among the three slain civilians in the Hyderpora incident. I expressed my heartfelt condolences and once again reiterated my demand for returning his body to the family. May Allah grant them Sabr!,” Omar said. kno