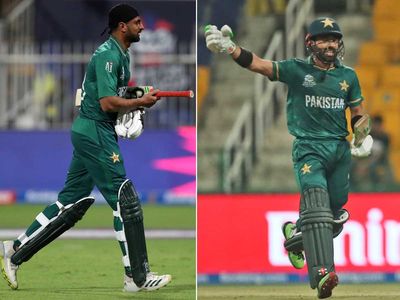 In an update, the PCB said that there’s an improvement in the health of both players and a medical panel will review their fitness status before the crucial encounter.

It added that the management will announce a confirmed decision later in the day.

“We are hopeful that both the players will be in action today. They want to play in the semi-final,” Rana said.

Their COVID-19 tests, however, returned negative but the doctors had advised them to rest, which is why they didn’t attend the last practice session and stayed at the hotel.

Pakistan have remained undefeated in the Super 12 stage of the tournament, where they beat India, New Zealand, Afghanistan, Namibia, and Scotland.

In a virtual press conference a day earlier, skipper Babar Azam said he was confident that the Men in Green will maintain their momentum and perform well against Australia in the semi-final.

Minor flaws have been pointed out in all the matches which sometimes relate to batting, sometimes bowling, Babar said.

“It is good that we are trying to fix these issues,” he said. kdc