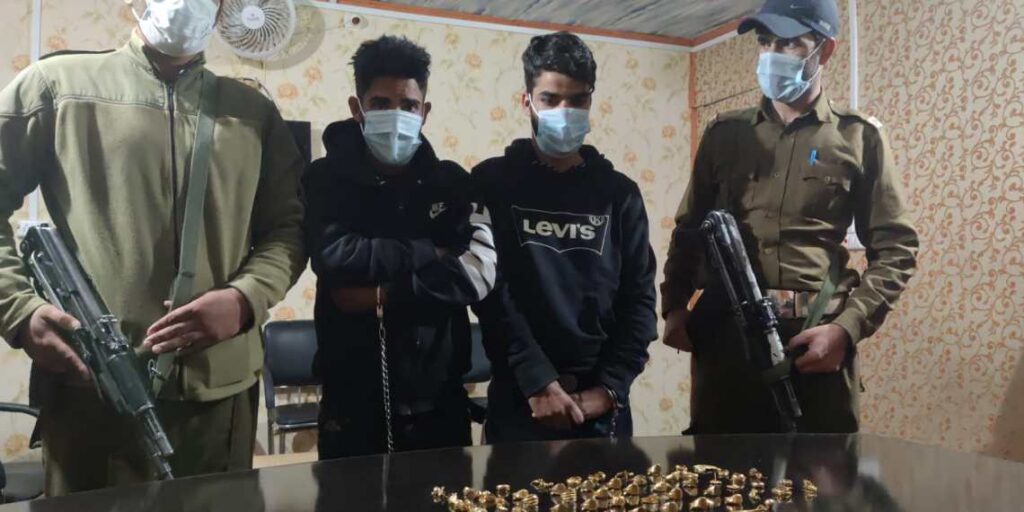 In a statement to the police said that On 9th November, police post Soibugh received an application from one Showkat Ahmad Zargar son of Ghulam Nabi Zargar resident of Dambipora stating therein that some unknown burglars entered in his jewellery shop located at Main Chowk Soibugh and decamped with gold items worth 10 lakh (approx).

The statement further stated that on receiving the information, a case FIR number 337/2021 under relevant sections of law was registered at Police station Budgam and accordingly investigation set into the motion.

Both of them were detained and during sustained questioning, they confessed their involvement in commission of the crime and on their disclosure the stolen property worth approx 10 lakh has been recovered which includes, 25 Rings, 20 Ear rings, 2 Double Jhumkas, 1 Brouch, 2 Jhumkas, 1 Choker set with top, 2 Ear tops, 9 Jhumka and one Chain with Pendulum, they said.

Both the accussed were subsequently arrested in the instant case and investigation is in progress. More arrests and recoveries are likely, reads the statement. kdc