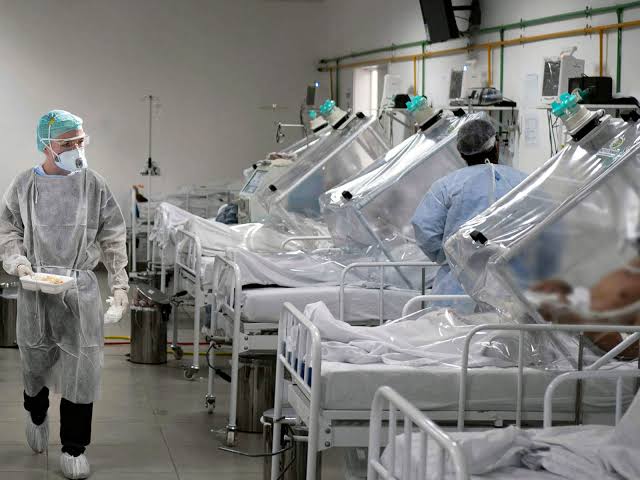 Srinagar, Nov 08: The ventilators supplied to SMHS hospital under the “PM CARES” fund, were found defective”, an official letter reveals.

In a communication to the Public Information Officer, Government Medical College Srinagar, the head of department, anesthesiology and critical care medicine, SMHS has revealed that ventilators supplied to the department under PMCARES” were found faulty and did not support patient care.

According to the communiqué, all 37 Bharat ventilators were returned to medical superintendent, SMHS hospital due to compressor/ heat-up problems, which resulted in their sudden shutdown.

As per HoD, three Agva ventilators installed in SMHS are non-functional due to certain problems like display not working properly, problem in generating tidal volume etc.

The HoD states that, 125 ventilators of DHAMAN-III are stationed at DRDO Hospital Khonmoh Srinagar.

Of these ventilators, two were in SMHS hospital for trial run to ascertain whether they generate required tidal volume. After the trial run, according to the RTI reply, it was observed that the tidal volume was not generated and required Fi02 (concentration of oxygen that a person inhales” could not be delivered to the patients.

He also submitted that 22 more Agva Ventilators stationed at DRDO hospital are under trial.

The HoD had submitted the information to the PIO GMC after an application was filed by social activist Balvinder Singh under the Right to Information Act.

“Keeping in view the seriousness of the issue and to save the precious lives of the inhabitants of the UT, as there is every apprehension of the arrival of 3rd Covid-19 wave, we make a humble submission before the Chief Justice of J&K High Court to take serious cognizance of the issue and give directions to the Chief Secretary J&K UT to constitute committee of experts to examine the functioning of the all the ventilators installed in various health institutions of JK UT, supplied under PM Cares, and take stringent action against the suppliers of such defective Ventilators,” Singh demanded .

He also asked the government to initiate disciplinary action against officers of Health & Medical Education department for dereliction of duty as how they have approved the installation of defective ventilators, without putting them on trial by the experts, in various health institutions of the JK UT. kno