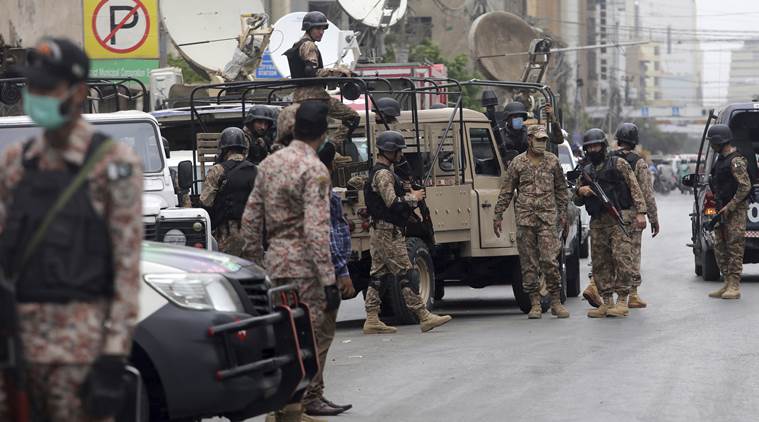 PESHAWAR: Pakistani officials have reached a tentative understanding with the banned Tehreek-i-Taliban Pakistan (TTP) to seek a broader peace agreement to end nearly two decades of militancy in the country, multiple sources familiar with the development told Dawn newspaper.

Sources said the “direct, face-to-face” talks between the two sides being held in Afghanistan’s south-western Khost province for nearly two weeks had resulted in a tentative understanding to declare a countrywide truce, conditional to the release of some TTP foot soldiers as part of confidence-building measures.

It was not immediately clear how many militants in Pakistan’s custody would be allowed to go free, but sources said the number was not more than two dozen people. “These are foot soldiers, not senior or mid-level commanders,” the sources said. “We are testing the ground. We are cautious,” they add

“The truce will come into effect once the prisoners are released,” these sources said, requesting not to be named because they were not authorised to speak to the media.

“The tentative month-long truce shall be extendable, depending on how these negotiations go forward,” a source said.

It is not clear who from the Pakistan side is negotiating with the TTP.

The interior minister of Afghanistan’s Taliban regime, Sirajuddin Haqqani, has been playing a mediating role between Pakistan and the TTP, bringing the two sides under one roof to engage in face-to-face talks, said another source.

“Talks are being held directly between senior officers and senior TTP leadership. The TTP includes all groups without exception,” the source added. “There are several proposals on the table and both sides are working to hammer out a workable solution.”

This source made it clear that no tribal intermediaries were being engaged in talks with the TTP leadership at the moment. “They will be engaged at the appropriate time,” the source maintained.

In an interview with a Turkish news channel last month, Prime Minister Imran Khan had acknowledged that his government was in talks with the TTP so that they may surrender arms and reconcile in return for amnesty “to be able to live like ordinary citizens”.

The TTP had rejected Mr Khan’s amnesty offer, insisting their struggle was for the enforcement of Shariah in Pakistan.

Pakistani security officials have been pressing the Afghan Taliban to shut down TTP bases on their soil in line with their international commitments, citing increase in the number of attacks and casualties in Pakistan.

Shortly before the Afghan Taliban takeover, the movement had constituted a three-member high-powered commission to engage with the TTP in a bid to persuade it to cease hostilities against Pakistan. The Afghan Taliban leadership, knowledgeable sources had said at the time, was reluctant to use force, referring to tribal affinities and their joint fight and sacrifices against foreign occupation in Afghanistan.

Attention was then diverted towards those deemed amenable to negotiations, while the Afghan Taliban continued to work on a reluctant TTP leadership to engage with senior Pakistani intermediaries for direct, face-to-face talks.

Some government officials said that while many TTP foot soldiers and others were tired and weary of the fighting and living in exile and wanted to avail the amnesty offer, some militant leaders, including TTP chief Mufti Noor Wali and Jamaatul Ahrar leader Omar Khalid Khurasani, were proving to be “hard nuts” and resisting negotiations. “Now, every one of them is on board,” a source said.

The TTP has yet to confirm or deny the talks or the tentative understanding reached between the two sides.

Pakistani military had launched a major operation against militants in North Waziristan, the last redoubt of the TTP, forcing militants to flee across the border into neighbouring Afghanistan. But the militants using the sanctuary in the neighbouring country have been launching frequent cross-border attacks, assassinations, fire-raids and bombings in different parts of the country.

Such attacks have seen an uptick since the Afghan Taliban takeover of Kabul in mid-August. (Dawn)