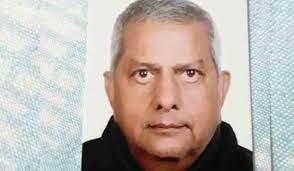 Aziz, who was the NC’s Bani assembly constituency in-charge, said he is resigning from the primary membership of the party, along with his supporters.

“I was in the Congress for 45 years and joined the National Conference only because of Rana. As I know that he is working for the cause of Jammu, I support his cause unequivocally,” Aziz said.

“Now that Rana has dissociated himself from the National Conference for the sake of Jammu, I cannot continue in the party and extend my support to Rana,” he said in a statement here.

Aziz said he will “stand like a rock behind Rana” as his contribution to the cause of Jammu has been an inspiration for him to work for people.

Rana had taken over as the NC’s provincial president in 2011 after relinquishing his office as the political advisor to the then Jammu and Kashmir chief minister Omar Abdullah. kno