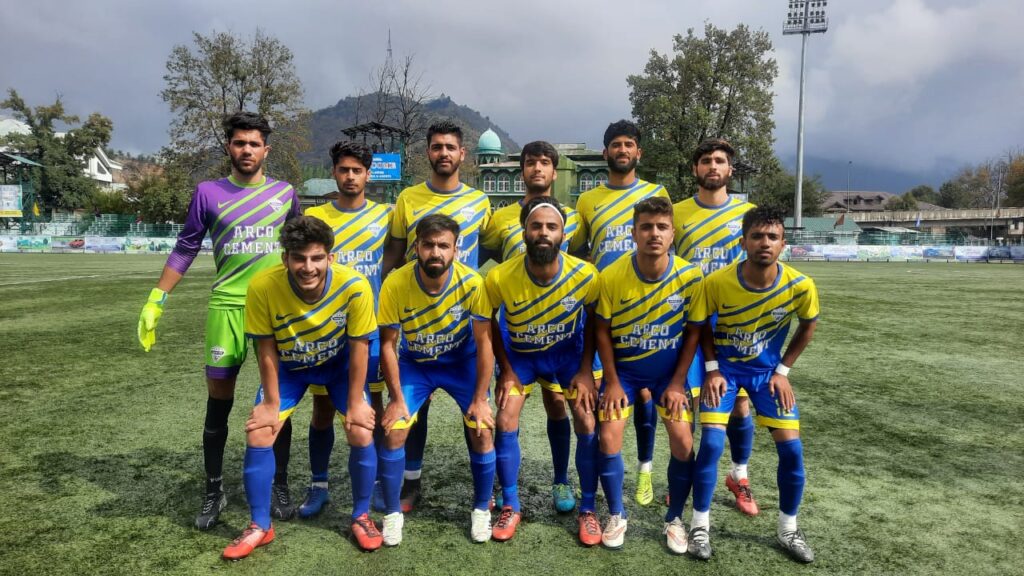 Srinagar, October 10: In the ongoing Premier league at Synthetic turf TRC, Arco FC defeated Kashmir Avengers by 2-1.
Initially, the match remained equally balanced as both the teams tried hard to score the goal in the opponent’s net.
At last Arco FC managed to get through the defences of the Avengers in the 30th minute. In a lovely sprint, Arco’s Mehraj, who was assisted by a throw ball of Kamran, put the balls in the opponent’s net.
This built the confidence of the players of Arco FC. Later in the 42nd minute of 1st half, Kashif made no mistake in converting the 2nd goal for his club.

The 2nd half proved to be a high voltage game. Kashmir Avengers with a very strong defense disallowed Arco FC to score 3rd goal. Kashmir avengers later succeeded to score goal in the 75th minute. The score line at the time of final whistle of referee read 2-1 in favour of Arco FC.

The Management headed by its flagship company ‘Arco Cement’  congratulated its team, terming the win as a big achievement in this league. It has also stated that the opposing team comprises of foreign players and winning against such a team was commendable.