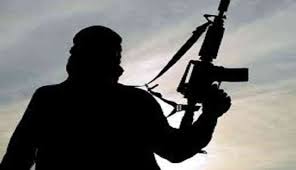 Srinagar, Oct 16: Police on Saturday said that the person who was ‘Kidnapped’ by unknown gunmen has been rescued, who is also a Brother of ‘arrested’ militant in Nikloora area of south Kashmir’s Pulwama district.

A senior Police officer said that a Shakeel Ahmad who was earlier ‘Kidnapped’ by unknown gunmen has been just rescued by Pulwama police.

Earlier, they said that some pistol borne persons barged inside the house of Shakeel Ahmad Sofi son of Ghulam Mohammad and took him along with them. A senior police officer said that searches have been launched to retrieve the “kidnapped person”.

Shakeel’s Brother Shamim Ahmad Sofi was claimed to have apprehended along with a pistol and ammunition in orchards of Nikloora village on October 1. As per police, Shahmim was associated with a Lashkar-e-Toiba. gns