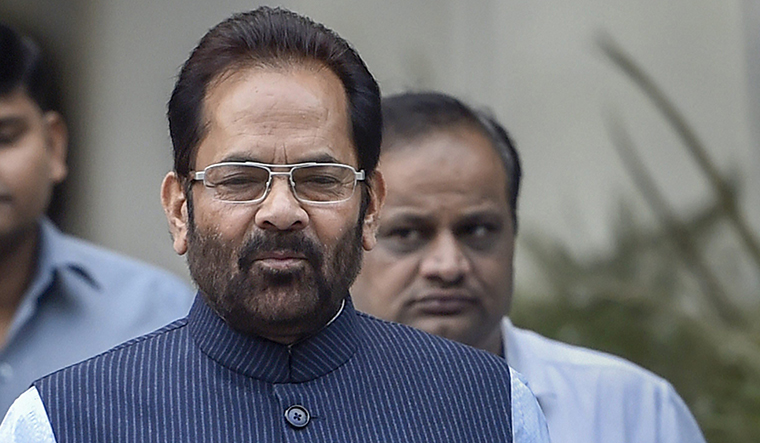 Budgam, Oct 07: The Union Minister for Minority Affairs, Mukhtar Abbas Naqvi on Thursday said that the Central Government is committed to work for the prosperity and development of Jammu and Kashmir.

Talking to media persons at tourist destination Doodpathri in Budgam, Naqvi said that earlier there was only family politics but now the BJP government has reached to the common people and have been functioning actively for the welfare of people.

“The future of J&K has gone through dark period since independence but now the BJP government is all set to change the future of the region,” he added.

Naqvi also said that other politicians come forward to people only at the time of elections, but the BJP has always been committed and “we have reached the common masses and have resolved the issues of the local population of J&K.”

He said that the central government has been taking the tip offs from the civil society of the J&K for the development works.

“I feel that this is the exact way which would open the doors of development and peace for the people of J&K. The mission of the government of Narendra Modi is to make the people of valley prosper in their lives,” he said.

Condemning the recent killings, he said that it is very unfortunate that the civilian population is being targeted, while the people of J&K want development, not terrorism.