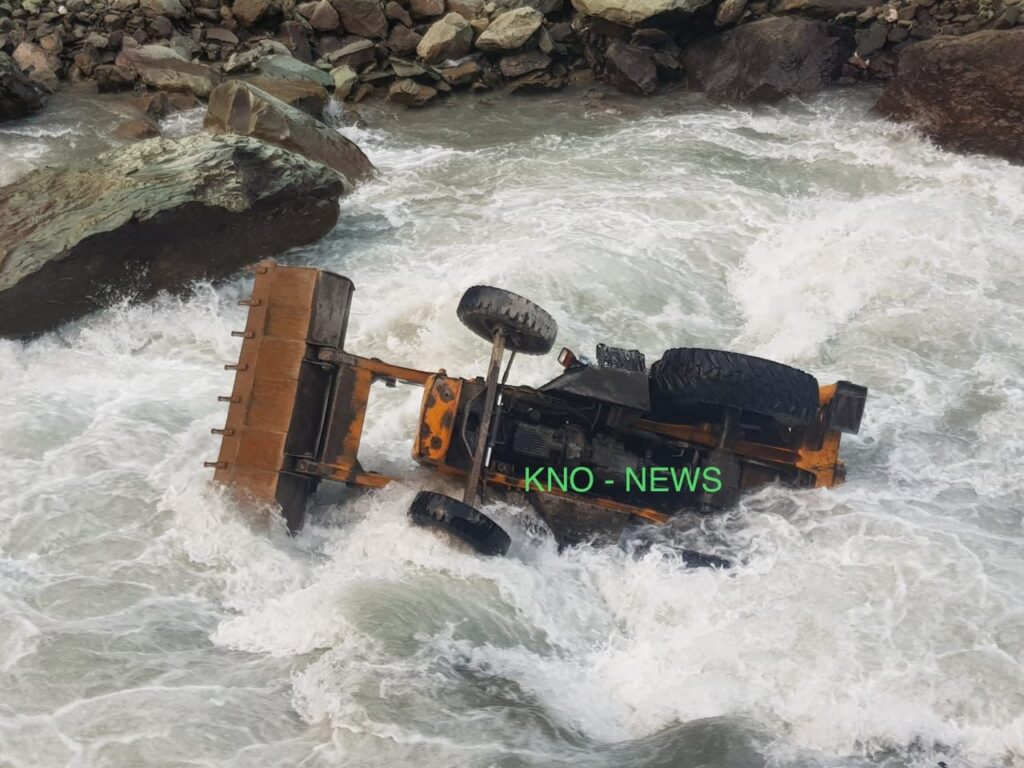 Ganderbal, Oct 04: Driver of a JCB was injured while its cleaner went missing after the JCB plunged into river Sindh near Hung Sonamarg on Srinagar-Leh highway in central Kashmirs Ganderbal district on Monday early morning.

SDPO Kangan, Yasir Qadri said the driver was injured while JCB cleaner has gone missing after the JCB plunged into river Sindh.

He said that soon after receiving the information a Police team from Police station Sonamarg launched a massive rescue operation.

SDPO said that after hectic efforts driver of the JCB was rescued in an injured condition from the gushing water and was immediately taken to PHC Sonamarg for treatment.

He said that the cleaner of the JCB is still missing and rescue operation is underway to trace him. kno