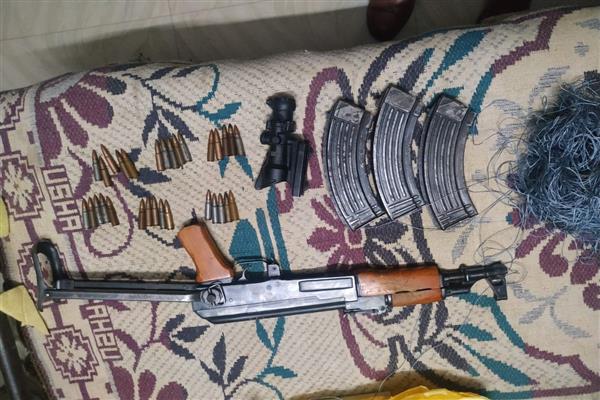 Srinagar, Oct 03: The Jammu and Kashmir police on Sunday claimed to have recovered arms and ammunition which were dropped by a drone near Phallian Mandal area of Jammu last night.

He said that the arms and ammunition were dropped by a drone as is evident from the packing.

“Jammu Police is looking for possible receivers in the area, while further searchers are going on,” the official said.