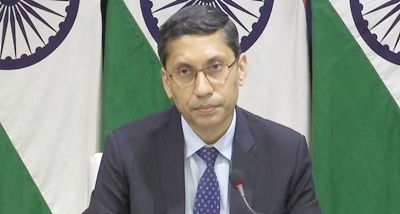 Delhi: India has said that China’s provocative behaviour, the amassing of large number of troops and its unilateral attempts to alter the status quo resulted in serious disturbance of peace and tranquillity along the Line of Actual Control (LAC) in Eastern Ladakh, the All India Radio (AIR) reported.

Bagchi said, India rejects such statements which have no basis in facts. He pointed out that China continues to deploy large number of troops and armaments in the border areas. The spokesperson said it was in response to Chinese actions, that Indian armed forces had to make appropriate counter deployments in these areas to ensure that India’s security interests are fully protected, added reports.

He said, New Dehi expects that the Chinese side will work towards early resolution of the remaining issues along the LAC in Eastern Ladakh while fully abiding by bilateral agreements and protocols. (airnews)