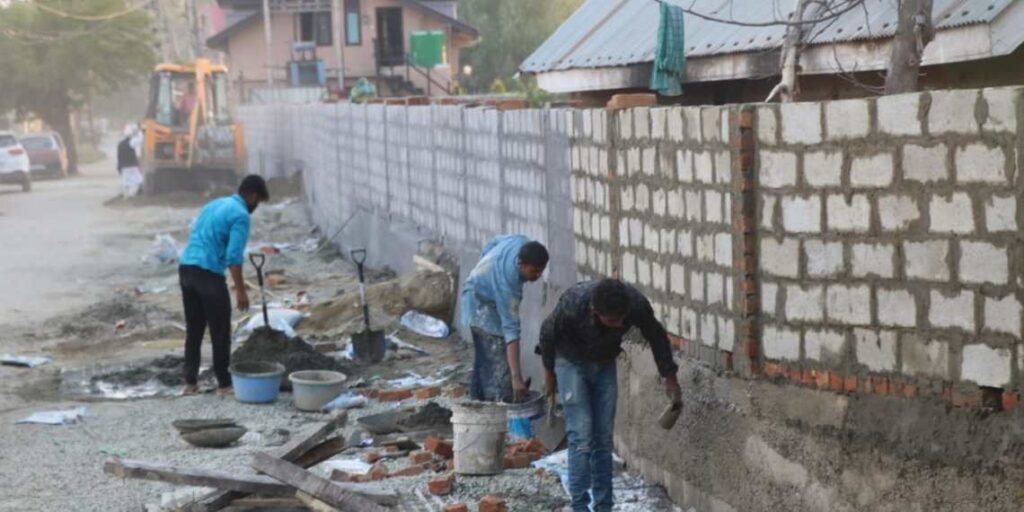 Srinagar, Sep 27: Srinagar Municipal Corporation (SMC) has cancelled the building permission for construction of residential flats in wetland at Peerbagh area here and referred the case to Anti-Corruption Bureau (ACB) to probe if any corruption was involved.

According to reports the residential flats – consisting basement, six stories and eight blocks were proposed to be constructed at Peerbagh.

The order issued by SMC Commissioner Athar Aamir said that during commencement of work, the Irrigation & Flood Control Department raised objection against the execution of work on the ground stating that the site is a wetland/flood retention basin.

“SMC authorities examined the communication from I&FC and revisited the building permission in question and found that the permission had been issued without seeking the NOC from Irrigation & Flood Control Department and the objections raised by the I&FC were found to be serious and substantive,” the SMC Commissioner said.

The order reads that after careful examination of the note-sheets, documents, reports, representations and records available in the file and after hearing the party concerned (in whose favour permission was granted) by way of giving personal hearing in which her representative appeared alongwith a written reply, “it is evident that proper and due scrutiny and diligence has not been done while processing the case for issuing the building permission.”

It added that NOC from I&FC should have been sought and the nature of location in light to masterplan well examined before submitting the file for issuance of Building Permission.

“The fact that area is a wetland seems to have been deliberately hidden by the applicant and ignored by the officials who had recommended for the issuance of Building Permission,” it reads.

The cancelation order further reads that in light of all circumstances, more particularly in light of Master Plan 2020-2035 regulations, land use and objection raised by I&FC, “it is expedient to revoke/cancel/rescind the building permission.”

“The circumstances and facts in matter also suggest connivance and possibility of corruption. The same cannot go uninvestigated. It is therefore directed that the records, copies of file and the documents related to this case shall be forwarded to Anti-Corruption Bureau for thorough investigation,” it adds.

A land owner was constructing multi-story residential flats on 25 kanals of Abi Awal land and wetland in Nadir Gund area of Perrbagh in Srinagar in violation of environment, revenue and Flood management laws. The owner has fraudulently got permission from Srinagar Municipal Corporation on 16 October 2019 when restrictions were imposed after abrogation of Article 370. kdc