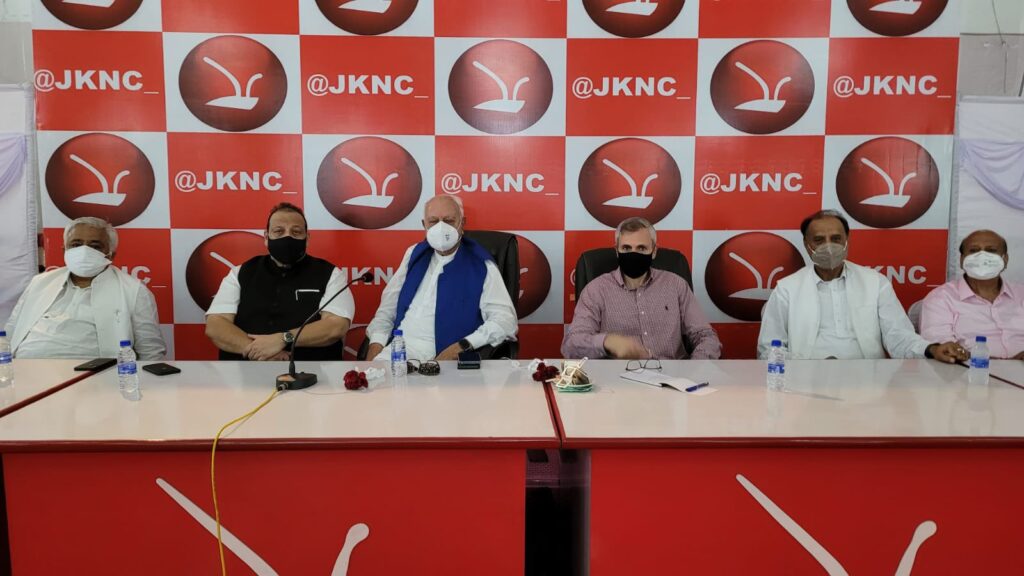 Srinagar, Sep 20: The Jammu and Kashmir National Conference has expressed deep concern over the curbs on offering Friday prayers at Hazratbal and Jamia Masjid saying the measure besides causing relentless agony to devotees also affects the livelihood of local vendors.

This was stated by Party’s Senior Provincial Vice President, and former MLA Muhammad Syed Akhoon, in a statement while expressing dismay over not allowing Friday prayers in Hazratbal and Jamia Masjid. “Besides not allowing the devotees to offer prayers and obeisance at Hazratbal and Jamia Masjid, the administration is also ensuring strict lock down in the markets on Friday eve. This has had a cascading affect on the local business activities, which are already reeling under worst of economic slump,” he said.

While referring to the double standards of the administration he said that on one hand the administration is coming up with govt functions and events marked by heavy public rush and on the other hand the devotees are not being allowed to fulfill their religious obligations. Why is the excuse of Covid only invoked when it comes to allowing prayers at the shrines? Why these two different yardsticks? Nationally and globally also we see how the doors of religious places have been let open for devotees with proper SOPs in place to ensure safety and wellbeing of devotees. This selective approach smacks of discrimination,” he added.

Demanding that devotees must be allowed to offer obeisance and prayers at Hazratbal and Jamia Masjid, Akhoon said the measure will bring respite to thousands of devotees whose religious sentiments are associated with the holy shrines. He also urged the administration to allow the markets around the two shrines to run as per routine. “We are only left with few weeks of warmer days. During the winter months the economic activity takes a back seat due to weather vagaries. Therefore having the shops closed on Fridays is a grave injustice with the marginal traders in these markets. The traders should be allowed to make most of the remaining summer days to compensate the losses incurred by them during successive covid induced lock-downs,” he said. kno