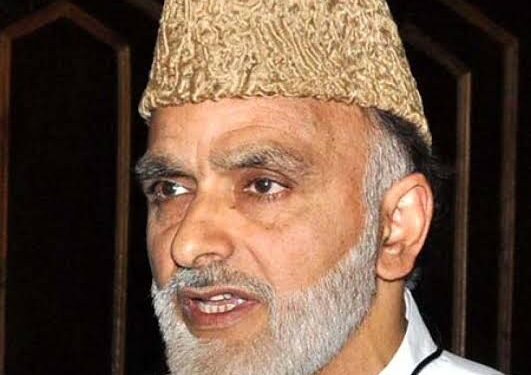 Srinagar, 20 September: The Jammu and Kashmir National Conference on Monday expressed dismay over the sorry state of affairs in Srinagar, saying that the city has been rescinded from the development agenda of the incumbent government.

In a statement, party General Secretary Ali Mohammad Sagar said, “Over the past six years, Shahr-e-Khas bore the brunt of successive lockdowns and curbs. Shopkeepers, artisans and marginal traders were not able to do their business here. We have more than three families living in one house. Youth of Shahr-e-Khas are unemployed, the heritage is in shambles, and it has been years since the city infrastructure hasn’t received any up gradation and augmentation.”

He further added that the successive orders of the incumbent administration have left no scope for early revival of the businesses in Srinagar. “The contracting economic activities already have had an adverse effect on the household incomes, the escalation of tariff on basic public utilities and soaring inflation has pushed people especially the lower middle class and BPL families to wall.”

“Let alone spending on clothing, medicine and education, people are not able to get two square meals for their families. It was expected that the crumbling economic activities in J&K post 5 August 2019 will have a restraining effect on Government’s taxation policy but the unabated rise in the electricity and water tariff has given slip to the unconcerned attitude of the Government,” he said.

Sagar said that the failure of the government to carry out routine desiltation of drains was one of the reasons why the low lying areas took no time to get inundated.

“As part of new normal which is in vogue at present the government has not taken a comprehensive review on civic conditions of Srinagar including that of the Summer Capital itself, the present situation is an outcome of the continued negligence of administration. Previously also the administration had miserably failed to live up to the expectations of the people during the preceding winter months. It has become a routine of the bureaucracy which has its hands on the helms of power in Jammu and Kashmir, to respond in a reactionary manner rather than having a well conscious plan to deal with the ever increasing urban crisis in Srinagar city,” he said.

Remarking on the failure of the government to up-grade the present urban infrastructure in Srinagar, he said the number of pump stations across Kashmir have seen no augmentation.

Alluding to soaring urban poverty, he maintained that the urban poverty in Srinagar is another stark reality, which cannot be undermined. “Thousands of households, particularly those of daily wagers, artisans, marginal traders, and those engaged in private sector are facing many hardships due to penury induced by loss of jobs and slump in economic activity. Scores of such families are not able to arrange two square meals for their families,” he said. gns