Non- Local Among 2 Persons Held with Pistol, Bullets In Kulgam 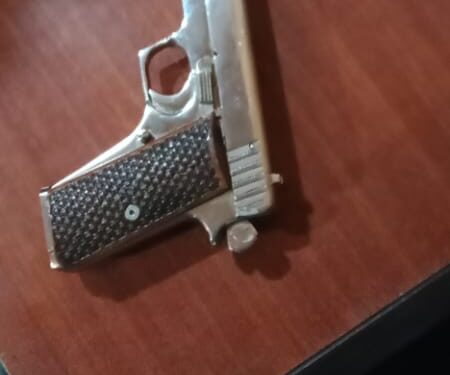 Srinagar, Sept 20: Police and army on Monday said that a non-local was among two persons arrested along with a pistol at Frisal area in South Kashmir’s Kulgam district.

A senior Police officer while confirming said that a joint team of Police and army’s 1RR arrested two persons identified as Mohammad Umar Dar son of Abdul Gani Dar of Chanapora Kojer area of Kulgam and Mohammad Javaid Sulmani son of Mohammad Shafi, a resident of Bijnoor UP. Sulmani runs a Saloon shop.

The police officer said that one pistol and some rounds were recovered from their possession. He said a case has been registered in this regard and further investigation taken up. gns