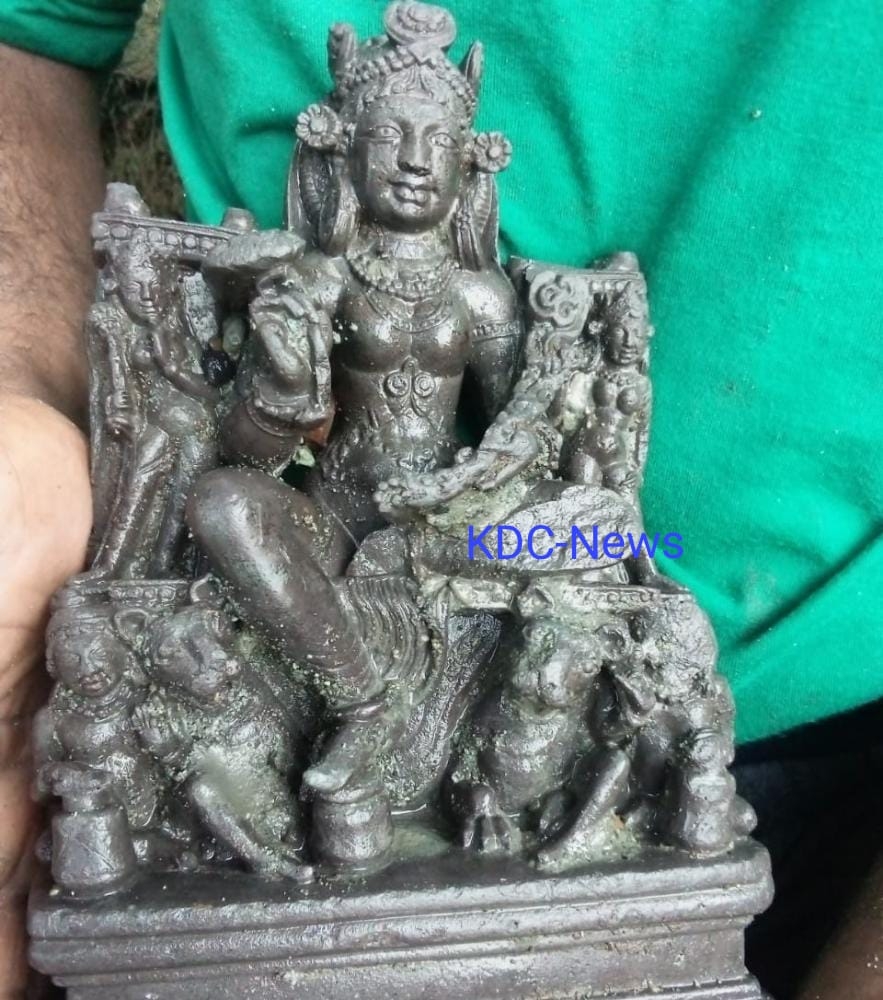 Budgam, Aug 30: Jammu and Kashmir Police has recovered a Sculpture from a local in Khansahib area in central Kashmir’s Budgam district after getting reports that the local was attempting to sell it.

An official said that the Sculpture was recovered from the house of Nawaz Ahmad Sheikh son of Abdul Rashid Sheikh, a resident of Yarikhah Khansahab during the search.

He said that police got reports that the local resident had recovered the Sculpture probably while digging his field.

The official said that he was attempting to sell it but police recovered it from him before being sold.

Senior Superintendent of Police Budgam, Tahir Saleem confirmed the recovery of Sculpture to news agency Kashmir Dot Com and said that they have called the Archeological Survey of India officials who will ascertain its age and other related aspects. kdc