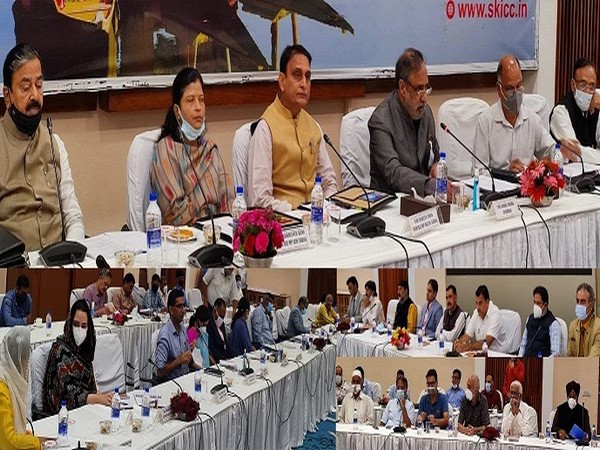 Srinagar, Aug 25 As many as five parliamentary committees have visited J&K after the monsoon session of the Parliament concluded earlier this month.

As part of their study tours, the parliamentary standing committees on Home Affairs, Public Accounts Committee, Commerce, Urban Development and subordinate legislation have visited the Union Territory in the past two weeks reveal.

The panels comprising MPs from both Lok Sabha and Rajya Sabha have made visit to Kashmir to examine different matters. While three of these committees are headed by Congress MPs, one each is headed by BJP and YSR Congress.

The committee met different stakeholders to get feedback about the “administration, development and people’s welfare” in J&K Union Territory.

This was the first visit of the committee to J&K after Article 370 was read down and erstwhile state of J&K was reorganised into two Union Territories- UT of J&K and Ladakh UT.

The Public Accounts headed by Adhir Ranjan Choudhary also visited J&K and Ladakh UTs between August 14 to 18 to look into the “provisioning, procurement and issue of high-altitude clothing, equipment, ration and housing of troops” on the basis of a report released by the Comptroller and Auditor General of India in 2019.

The parliamentary committee on subordinate legislation headed by Pratap Singh Bajwa also wrapped up its J&K visit last week after meeting the electricity stakeholders from different parts of the country.

The parliamentary committees on Commerce and Urban Development are presently in Jammu & Kashmir to discuss two different subjects.

While the panel on Urban Development is holding discussions on implementation of central schemes like Smart City Mission, AMRUT, SBM (U), PMAY (U), the augmentation of infrastructure facilities to boost exports is on the agenda of the parliamentary panel on commerce. kno