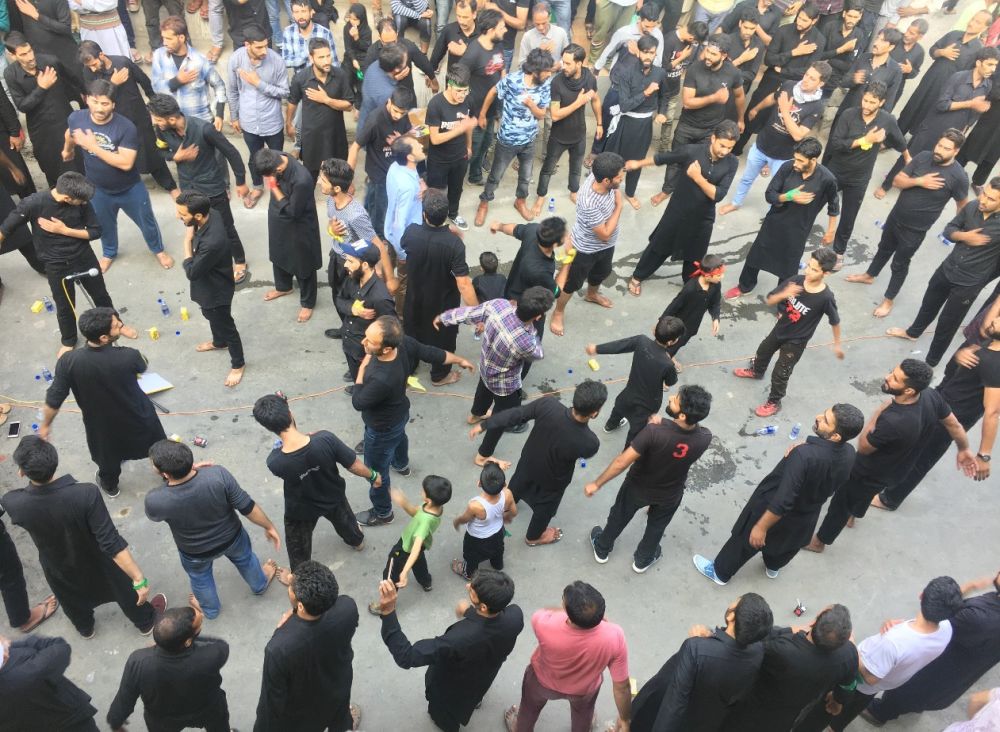 Srinagar, Aug 19: Muslims across Jammu and Kashmir observed, Ashoora, the 10th day of holy month Muharram that marks the martyrdom of Hazrat Imam Hussain (AS) the grandson of Prophet Muhammad (SAW), with religious zeal on Thursday while Shia mourners carried out processions in Srinagar, Budgam and other districts that culminated peacefully.

However, authorities disallowed major 10th Muharram procession that was supposed to pass through city centre Lal Chowk and instead mourners were allowed to carry out processions in interior parts of Srinagar districts. Members from the Suni community were seen offering refreshments to Shia mourners at different places reviving the age-old bond between the two communities. On 10th of Muharram, Hazrat Imam Hussain (AS) along with 70 other family members and companions were martyred in the battle of Karbala in Iraq. Their martyrdom is observed across the globe with Shia mourners carrying out huge processions amid thumping of chests and recitation of praises for Imam Hussain (AS).

Witnesses said that restrictions were imposed in Abi Guzar area of Srinagar today where police and paramilitary troopers had erected concertina wire on the road to thwart pedestrians as well as vehicular movement.

The deployment of police and CRPF men was also made at procession bound areas in Srinagar and elsewhere where vehicular movement was not allowed in wake of the procession by Shia Muslims.

Moreover, the Sunni Muslims also organized Ijtimas on the occasion in local Masjids here, during which the religious clerics delivered speeches and threw light on the events that happened in Karbala.