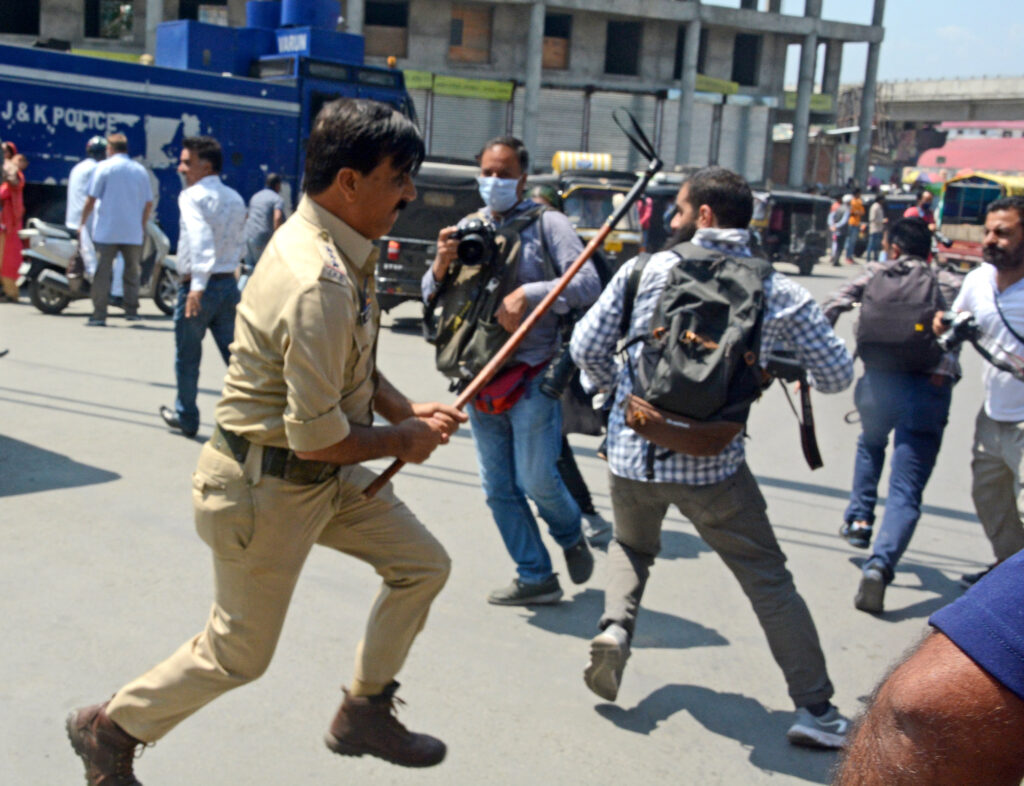 Srinagar, Aug 17: Scores of Shia mourners and policemen were injured on Tuesday after the authorities foiled the Muharram procession in Dalgate and Lal Chowk areas of the city.

The authorities had also imposed restrictions in several areas of Srinagar in a bid to prevent the Shia mourners from carrying out the major procession in remembrance of Karbala martyrs. On this day, Hazrat Imam Hussain (AS) along with his family members and companions were martyred in the battle of Karbal in Iraq.

In wake of the Muharram procession that was scheduled to be carried out from Abi Guzar today, restrictions were imposed in Maisuma, Abi Guzar, TRC, Dalgate, Budshah Bridge, Gowkadal and Kralkhud areas.

Witnesses said that concertina wires were erected on the entry and exit points of the Lal Chowk and Dalgate to prevent the Shia mourners from reaching the areas.

However, Shia mourners managed to reach Lal Chowk and Dalgate today from where they tried to carry out the Muharram processions. Nonetheless, police swung into action and used tear smoke shells to disperse the mourners. Police men also used cane charge to quell the mourners.

Scores of mourners and policemen suffered injuries during the incident, witnesses said, adding that some of the mourners have also received pellet injuries today.

Notably, Muharram procession from Abi Guzar has been banned since 1989.

Pertinently, the government had announced that Muharram procession will be allowed to be carried out this year after 30 years.

“The restrictions being imposed on every 8th and 10 Muharram is not acceptable. We will continue to carry out the processions on these days,” he said. Meanwhile, scores of photojournalists alleged police highhandedness while covering the Muharram procession at Jehangir Chowk. A group of journalists said that a police official first hurled abuses at them and when they reacted, he cane-charged at them and also thrashed a few while a camera of one photojournalist Sajad Hamid was also damaged in police action. Inspector General of Police (IGP) Kashmir Vijay Kumar said that he has taken up the matter of allegations levelled by the media men with the concerned officials. kno