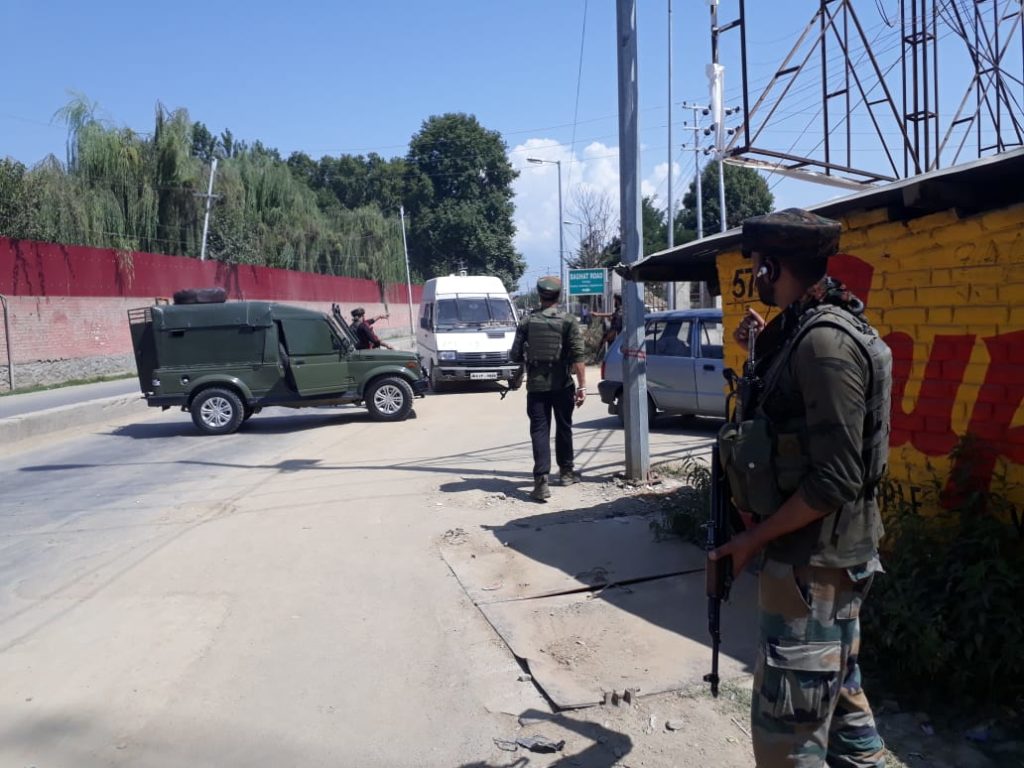 Reports said that a joint team of forces including Army, CRPF and police launched search operation at Iqbal market Sopore and sealed all entry and exit points leading towards the market.

Meanwhile, a top police officer from Sopore said the searches are being conducted in wake of the Independence day.

Pertinently, the searches was launched in many areas including main chowk, main Bazaar and tehsil road of Sopore town. kno