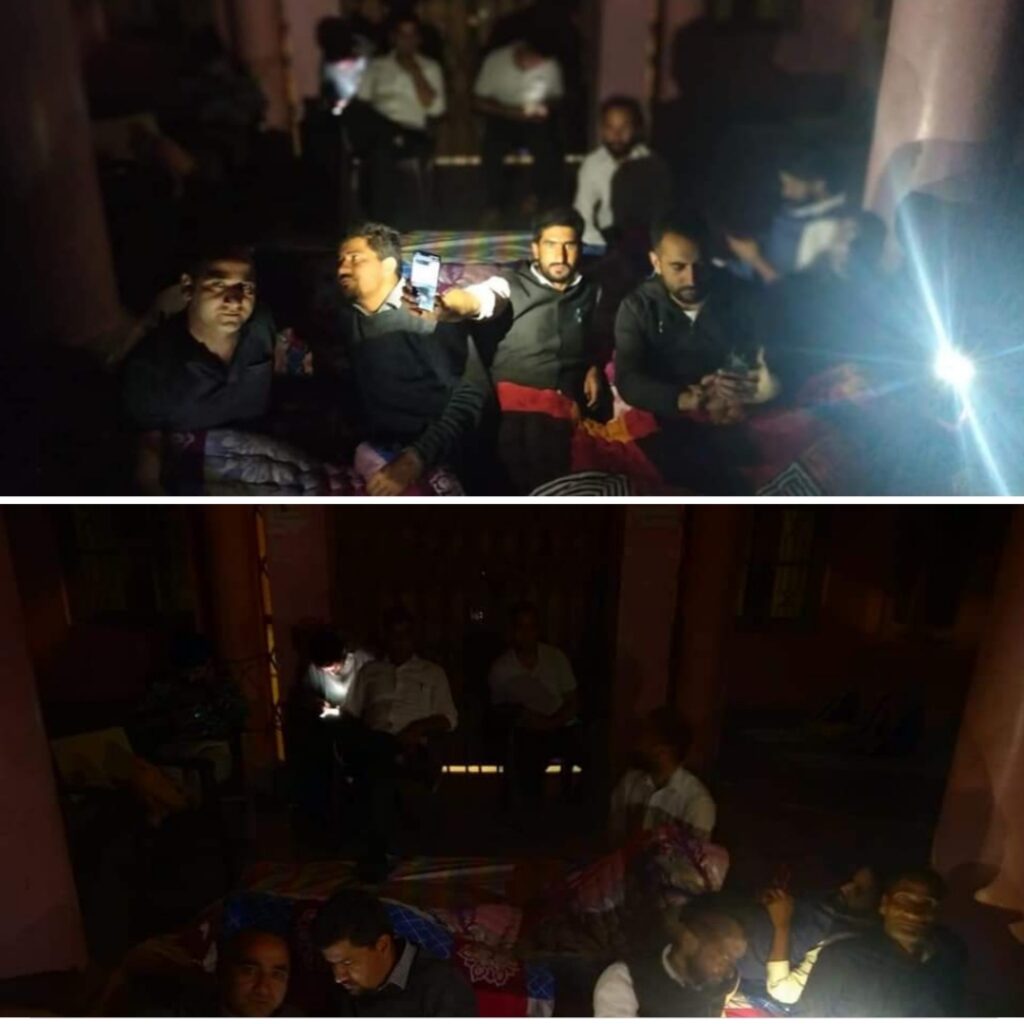 Handwara, Aug 9: Bar Association Handwara on Monday called off its 46-hour hunger strike after a consensus was reached upon by the members of legal fraternity with district administration.

An ‘unconditional apology’ was also offered by Additional Deputy Commissioner Handwara over his alleged ‘Ill-approach’ towards the legal fraternity.

People in the knowhow of the things said that the Bar Association Handwara members led by President Ghulam Nabi Kaboo had been on a hunger strike for nearly two-days now, demanding ‘an immediate suspension or transfer’ of Additional Deputy Commissioner Handwara over allegations of an ill-approach resorted by the middle-rung district officer towards lawyers and general public alike.

The Bar Association members, they said, didn’t give up on their demands despite several requests made by the district administration over last two days. The members even erected tents and observed sit-in for consecutive two nights before ADC office premises.

“However after concerted efforts by District Administration Kupwara led by Imam-ud-Din assuring the agitated bar members of an amicable solution and the personal visit by ADC concerned to offer an unconditional apology, the association decided to call off their strike”, they said. The strike went on for forty-six hours, they further said. gns