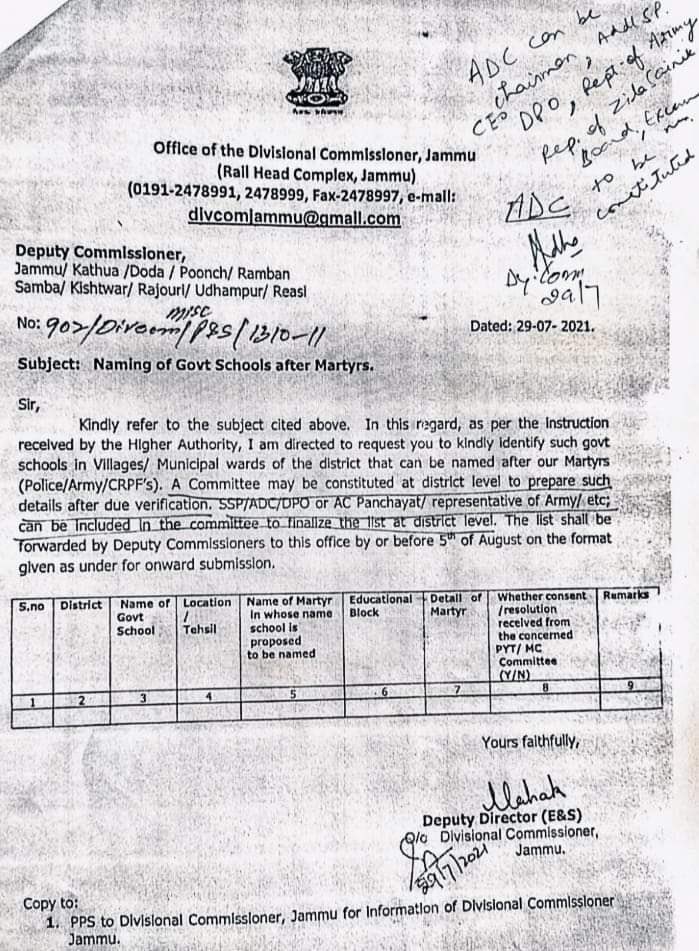 Srinagar, Aug 6: For the first time in history, Jammu and Kashmir will be naming schools after Army, Police, and CRPF personnel who have been killed in militancy related incidents.

The schools at the initial stage will be re-named in different Jammu district and in this regard Deputy Commissioners from several districts of Jammu have issued notices.

A letter to the Deputy Commissioner of Jammu, Kathua, Doda, Poonch, Ramban, Samba, Kishtwar, Rajouri, Udhampur and Reasi from the office of the Jammu Divisional Commissioner certified this.

It mentions that a committee will be constituted at the district level to finalize the list of government schools that can be named after the slain army, CRPF and police personnel. knt