2 pistols, 5 magazines along with 122 bullets found in Samba 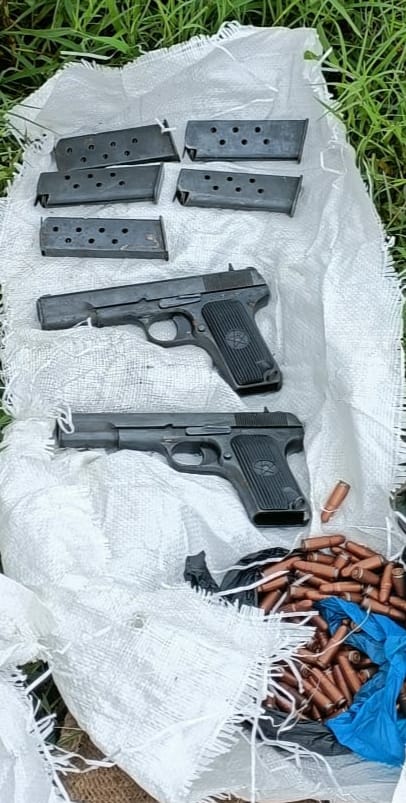 They said the recoveries were made by army’s JAKLI and Police while carrying searches in the area falling within the jurisdiction of police station Ghagwal.

The arms and ammunition were found wrapped in a gunny bag with plastic tape around it, they said.

SSP Samba Rajesh Sharma confirmed the recoveries and told GNS that investigation has been started with regard to the incident. gns