Pak neither responsible for Taliban, nor are we their spokespersons: Imran Khan 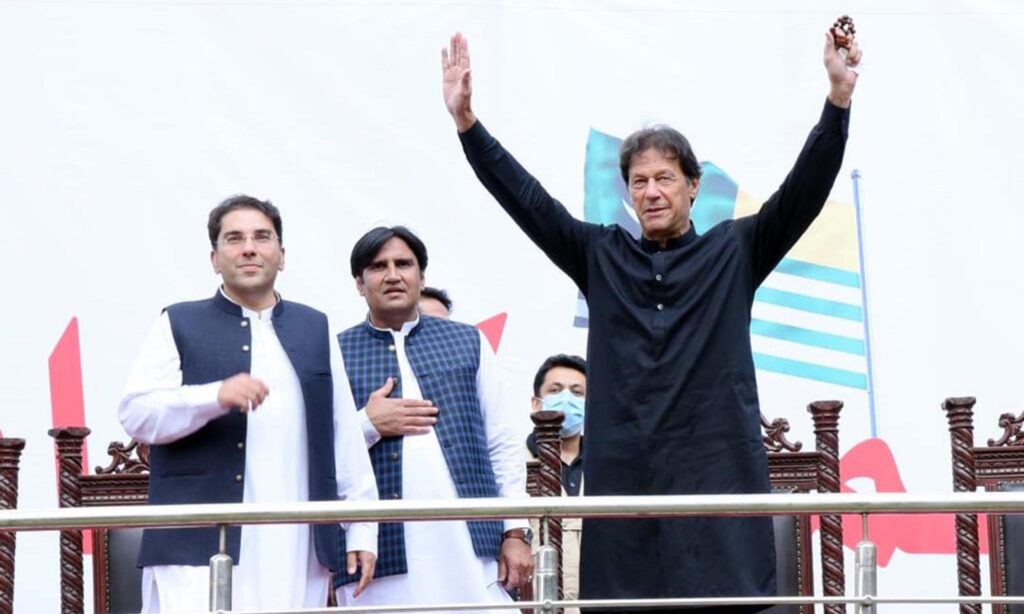 Islamabad: Prime Minister Imran Khan has said that Pakistan cannot be held “responsible” for the actions of the Taliban in the aftermath of US and its allies’ ongoing withdrawal from Afghanistan, adding that his government is not a spokesperson for the militant group, the Dawn reported.

“What the Taliban are doing or aren’t doing has nothing to do with us. We are not responsible, neither are we spokespersons for the Taliban,” he said in comments to Afghan media representatives that were aired on Thursday, reports said.

The premier’s remarks were a continuation of Pakistan’s repeated warnings that it would not accept the responsibility if it was blamed for any deterioration in the Afghan peace process, added reports.

In June, National Security Adviser Dr Moeed Yusuf had said the sudden withdrawal of the United States from Afghanistan was not ideal, adding that any shifting of blame on Pakistan for “facesaving” would be unacceptable, said reports.

Earlier this month, the premier gave a robust response to Afghan President Ashraf Ghani’s allegation about Pakistan’s “negative role” in the Afghan peace process and said it was “extremely unfair” to blame Islamabad for the situation in Afghanistan.

PM Imran reportedly today again distanced Islamabad from the happenings in Kabul, saying: “All we want is peace in Afghanistan.”

He said that the Afghans had a choice to make: to either pursue the US-backed military solution or to pursue a political settlement where there is an inclusive government. “[The latter] is the only solution,” he said.

“There are three million Afghan refugees in Pakistan, almost all of them are Pashtuns and most will have sympathies with the Taliban. How is Pakistan supposed to check who is going over there to fight when we have about 30,000 people crossing into Afghanistan every day. How is Pakistan going to check that?”

“We have three million refugees in Pakistan […] how can Pakistan be held responsible? There are refugee camps with 100,000 and 500,000 people,” added reports.

“He said it was not possible for Pakistan to sift through the refugee camps to find out who was pro-Taliban and who was not, adding that until recently there was no physical border between the two countries.”

“The Durand Line was imaginary,” he said, referring to the 2640-kilometre-long border between Afghanistan and Pakistan. He said that Pakistan has completed 90 per cent of the border fencing.

“We are trying our best, but it is not possible to hold Pakistan responsible when you have over three million refugees here.”

He as per reports said that it was not in Pakistan’s interest to have civil war break out in Afghanistan. “What interest could Pakistan have in backing someone to take over Afghanistan?”

What is clear is that no one party will be able to take over Afghanistan, he said.

Imran said that in the 90s Pakistan had pursued the policy of ‘strategic depth’ as it was wary of Indian influence in Afghanistan.

“In those days we did try to have favourites. Now, and especially in my government, we believe that Afghanistan can never be controlled from the outside.”

So Pakistan will have good relations with whoever the Afghans choose, he said. “We have no favourites now.”

Commenting on the recent incident involving the Afghan ambassador’s daughter in Islamabad, the premier said that authorities had charted out the exact path taken by Silsila Alikhil. He said that taxi drivers were traced and interrogated, reports said.

“Unfortunately, what the ambassador’s daughter is saying and what the cameras show do not add up. She says she was put in a taxi, taken away and beaten up. But there is a picture of that taxi and she is sitting there and she is fine.”

He said that the police had pulled all the records and there was a “discrepancy”. He said that since the ambassador’s daughter had gone back to Afghanistan there was no way to confirm what had happened.

“He said that the probe team from Afghanistan would be handed over all the information so that they could question the daughter when they go back”.

PM Imran said that Pakistan had nothing to do with why 150,000 Nato troops did not succeed in Afghanistan. “It’s exactly like what the Americans did in Vietnam. When they failed in Vietnam, they blamed insurgents from Cambodia or Laos.”

He said that Pakistan was told at one point that the Taliban’s main sanctuaries were in North Waziristan. “The kept pushing us to take action. Finally after four or five years, we took action [but] one million people were internally displaced […] what difference did it make?”

He said that the Americans should have spoken to the Taliban from a position of strength. “When there were 150,000 Nato troops, that was the time to talk to [the Taliban]. How can they expect the Taliban to compromise when an exit date has been given and a few thousand troops are left?”

The premier also questioned what the US would achieve operating from Pakistan when it could not achieve its goal in Afghanistan for the last 20 years.

“If someone can convince me that it would make a big difference and there would be peace in Afghanistan […] maybe we would consider it. But what they haven’t achieved in 20 years, how do they expect to achieve that by having bases in Pakistan?”

It will involve Pakistan in a conflict which it has nothing to do with, he said, adding that Pakistan had already suffered great human and economic losses due to the ‘war on terror’.

Responding to a question, the premier said that he has always believed that there is no military solution to the situation in Afghanistan, reports said.

Concluding his media talk, the prime minister said that he saw relations between the countries getting stronger with every passing year. “That’s because we need each other,” he said, adding that it was a mutually beneficial relationship. (Dawn)