6 Assam Cops Killed, Over 50 Injured In Firing Along Border With Mizoram: Report 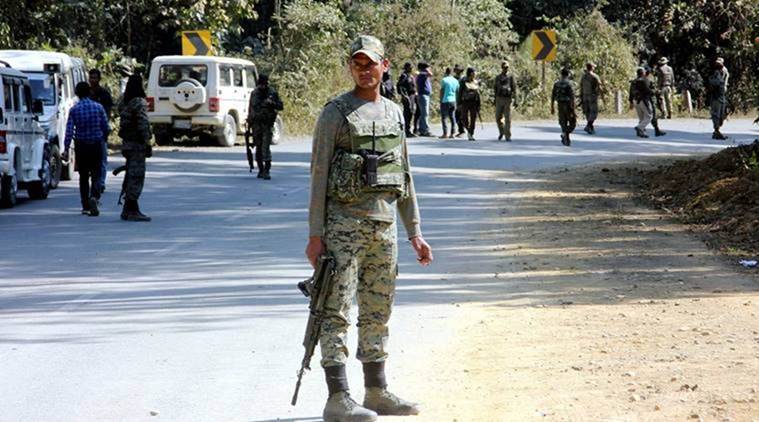 Delhi: Six police officers from Assam were killed and fifty injured in the fresh violence that broke out today at the disputed Assam-Mizoram border, Assam Chief Minister Himanta Biswa Sarma has said, the NDTV reported.

There were reports of firing from the border area — which lie over Assam’s Cachar district and Mizoram’s Kolasib district — and attacks on government vehicles, reports said.

The Chief Ministers of the two states had clashed on Twitter, and tagged Mr Shah in their posts.

Tweeting a video of the violence where people armed with sticks can be seen, Chief Minister Zoramthanga sought Mr Shah’s intervention, saying it “needs to be stopped right now.”

“Innocent couple on their way back to Mizoram via Cachar manhandled and ransacked by thugs and goons. How are you going to justify these violent acts?” read another tweet.

Assam Chief Minister Himanta Biswa Sarma tweeted: “Honble @ZoramthangaCM ji , Kolasib (Mizoram) SP is asking us to withdraw from our post until then their civilians won’t listen nor stop violence. How can we run government in such circumstances? Hope you will intervene at earliest”.

Sarma later tweeted that he has spoken to his Mizoram counterpart. “I have just spoken to Chief Minister Zoramthanga I have reiterated that Assam will maintain status quo and peace between the borders of our state. I have expressed my willingness to visit Aizawl and disscuss these issues if need be (sic),” his tweet read.

Zoramthanga, however, shot back, “As discussed I kindly urge that Assam Police be instructed to withdraw from Vairengte for the safety of civilians”.

Three Mizoram districts – Aizawl, Kolasib and Mamit – share a 164.6 km long inter-state border with Assam’s Cachar, Hailakandi and Karimganj districts. There have been skirmishes at the “disputed” areas of the border for years, with the residents on both sides accusing each other of intrusion.

The last incident was reported in June, when security forces of both states exchanged allegations of “intrusion”.

Assam has border disputes with Meghalaya and Arunachal Pradesh as well. (NDTV)