At least 45 people killed in plane crash in Philippine 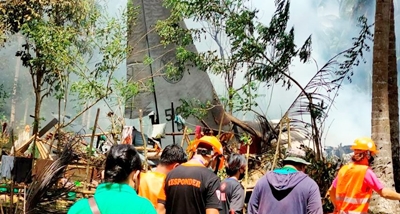 Srinagar: At least 45 people were killed and dozens injured when a Philippine air force aircraft crashed in the southern part of the country yesterday. The C-130 military plane was transporting over 90 people, mostly troops from Cagayan de Oro, in Mindanao, to Sulu province when it missed the runway on the island of Jolo, Aljazeera reported.

Defence ministry said, 50 people have been rescued so far from the burning wreckage of the aircraft and rescue efforts are ongoing. The dead are mainly military personnel, but three civilians on the ground were also killed, while 53 were injured, including four civilians. Five military personnel are still missing, added reports.

The troops were bound for counter-insurgency operations. A military spokesman said there is no sign of any attack on the plane. (Aljazeera)