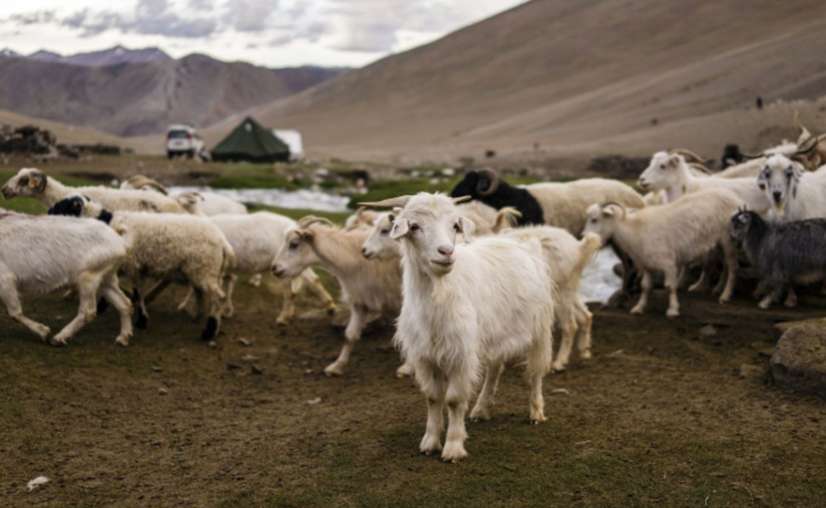 Srinagar June 27: An extraordinary meeting of Jammu & Kashmir Chopan Welfare Association (CWA) was held in Srinagar today on Sunday wherein several issues faced by chopan community were discussed. The association urged upon the Government to take immediate steps for controlling the spread of Foot & Mouth Disease (FMD) which has taken a huge toll in many pasturelands of Kashmir particularly in Budgam district.

The meeting which was presided by Publicity Secretary Ghulam Mohi Ud Din Chopan took strong notice of non implementation of Forest Rights Act (FRA) and Chopan community being denied the benefits of this pro poor and pro tribal law.

“In most highland pastures foot and Mouth disease has Spread among flocks of Sheep and goats which is a huge challenge for the shepherds, especially Chopans. The chopans who are like farm labourers are anxious as the anti FMD vaccination drive has not fully begun in most of the pasturelands. This can cause huge losses to farmers and will lead to Starvation of Chopans in coming months. Sheep husbandry department needs to take this issue very seriously. In addition to it many Chopan families are not allowed to repair the old damaged temporary shelters (Kothas) which is forcing many families to take shelter under plastic sheets and tarpaulins especially in the bahaks of Pulwama , Budgam , Shopian , Kupwara and Baramulla districts “ reads the statement .

Chopan Welfare Association also demanded that chopan community be included under Scheduled Tribe (ST) category as this is the long pending demand of the community.

“All previous governments haven’t dome justice with our Community because from last twenty five years Chopans are demanding Scheduled Tribe Status that has been given to all of the shepherd communities in India which includes Changpas of Ladakh and Gadhis of Himachal Pradesh or Uttrakhand as well. JK assembly in 2000 adopted a resolution as well in this regard. We have updated the Ministry of Tribal Affairs team which visited Kashmir a few months back and they have taken our issue seriously. We are sure that our case would decided on merits soon by Govt of India “ the statement added. kns