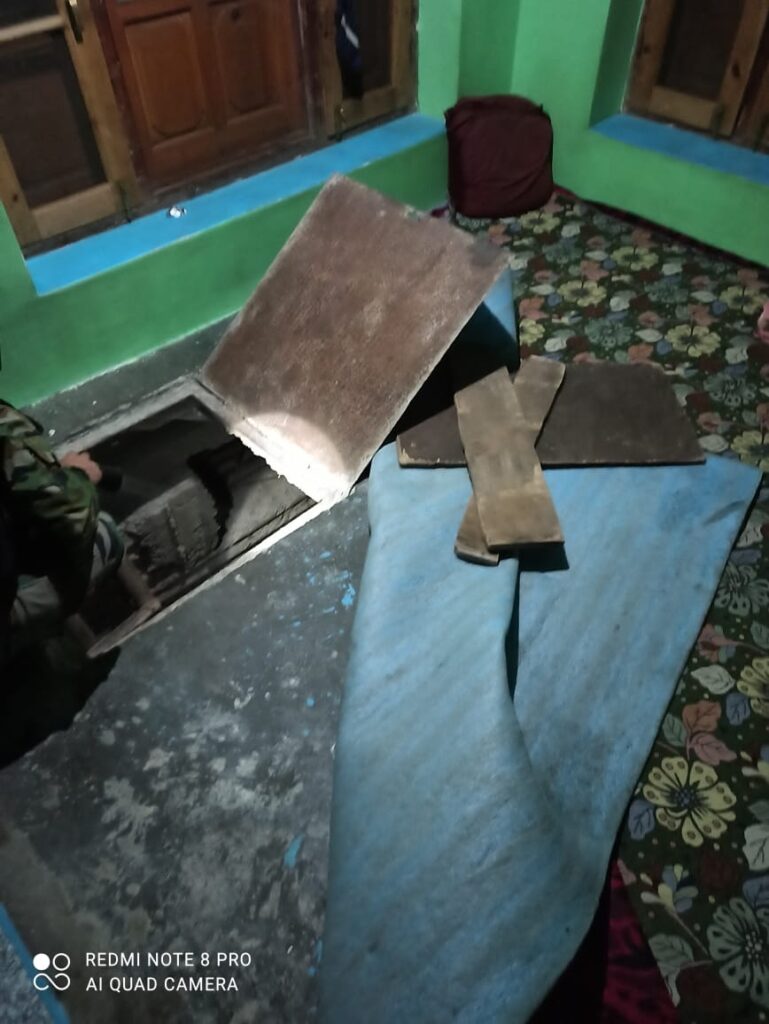 Budgam, June 8: Government Forces arrested a carpenter after they unearthed an empty hideout inside a room of the house during a search operation at Pethzanigam village of Central Kashmir’s Budgam district.

As reported yesterday, after receiving information about the movement of militants, soldiers from 53 Rashtriya Rifles and Jammu and Kashmir Police cordoned off Pethzanigam village and launched a search operation.

The search operation continued till Monday late night. Sources said that during the search operation, Forces found an under-ground hideout inside a room and subsequently a carpenter from the village identified as Javaid Ahmed Mir (28) was detained and shifted to SOG Camp for questioning.

Sources added that the hideout was empty while thorough searches were conducted after the hideout was busted by Joint Forces, however, nothing objectionable was found nor was any contact with militants established. knt