By Press Desk on 20 mins ago KASHMIR, LATEST NEWS UPDATES

Need for involving all stakeholders to script a new social contract between Delhi and the people of J&K: JKPC

By Press Desk on 26 mins ago LATEST NEWS UPDATES 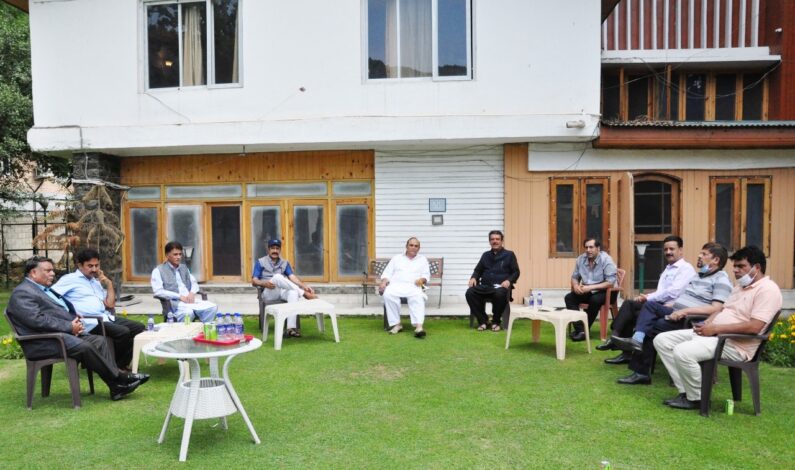 Srinagar,June 21: Peoples Conference chairman Sajad Gani Lone on Monday chaired a meeting of the party leaders in the context of the All Party meeting called by the Prime Minister. The meeting discussed in detail the overall political scenario and ground situation in Jammu and Kashmir besides emphasizing the need for the political class to […] 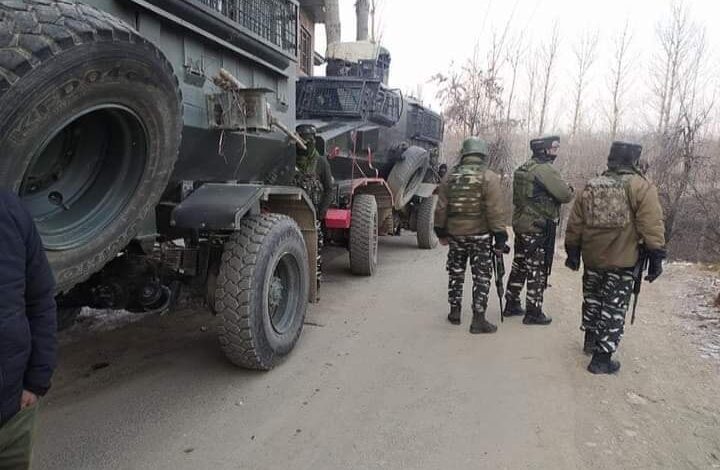 Srinagar, Jun 21: Militants on Monday afternoon opened fire on a CRPF naka party in Babapora village in South Kashmir’s Shopian district. However no losses to life or injuries have been reported in the incident. Officials told GNS that a CRPF party of 178 Battalion came under attack in Babapora village. The militants after firing […]

By Press Desk on 2 hours ago TOP STORIES 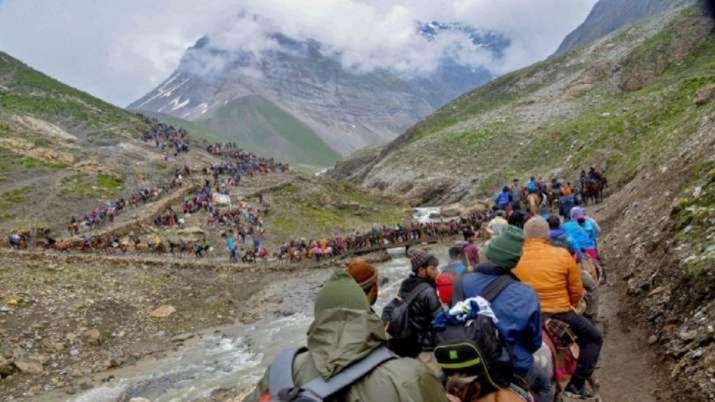 Srinagar: The annual Amarnath pilgrimage will not take place this year due to COVID-19 pandemic, the lieutenant governor Manoj Sinha said on Monday.  The decision was announced by LG of Jammu and Kashmir Manoj Sinha after discussions with the shrine board, reports said. LG Manoj Sinha in a tweet said, “Amarnathji Yatra cancelled in […] 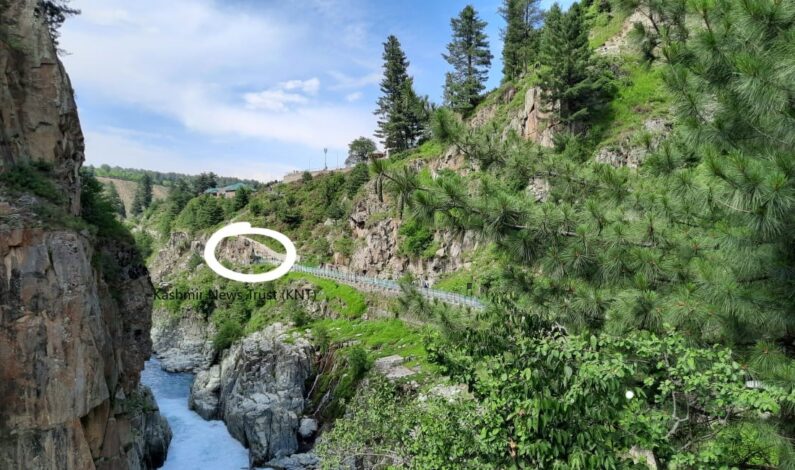 Shopian, Jun 21: A woman on Monday attempted suicide near Aharbal waterfall in the southern Kashmir district. The woman, seemingly in her 30’s, tried to jump into the water from a height along with her infant child. As soon as her attempt was noticed by a man nearby, he immediately rushed towards the lady and […] 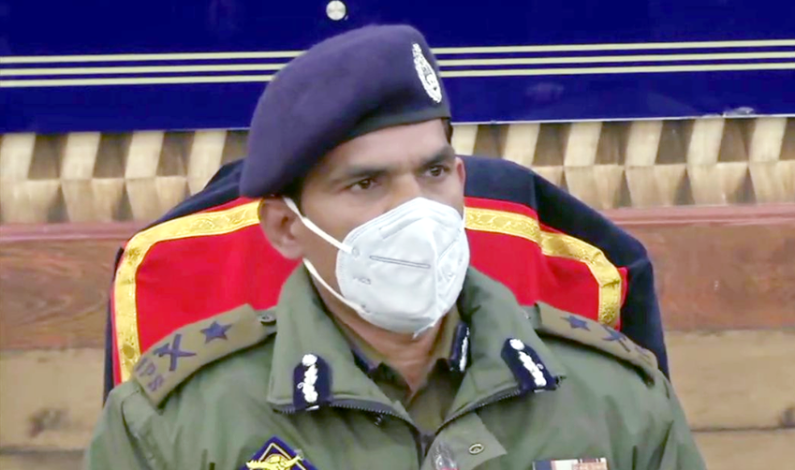 Srinagar, June 21: Inspector General of Police IGP Kashmir Vijay Kumar on Monday said the narcotics were destroying youth and urged parents and society to step up vigil on their wards to prevent the falling prey to it.    Addressing the reporters along with the DGP Dilbagh Singh and GoC of army’s Kilo Force, H […] 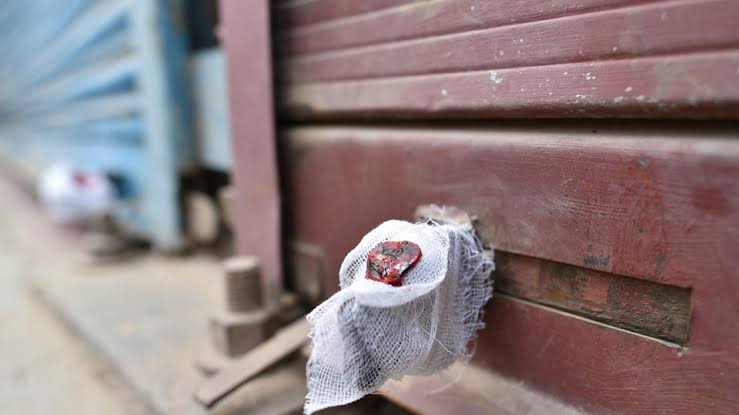 Baramulla, Jun 21: Department of Legal Metrology on Monday seized two medical shops found involved in violation of labeling norms here.  Assistant Controller Legal Metrology Baramulla/Kupwara Mudasir Ahmad said that one of the medical shop(s) was found offering for sale an identical product at different prices. He said that the shop priced one unit of […]

No need for nuclear deterrents once Kashmir issue is resolved: Imran Khan 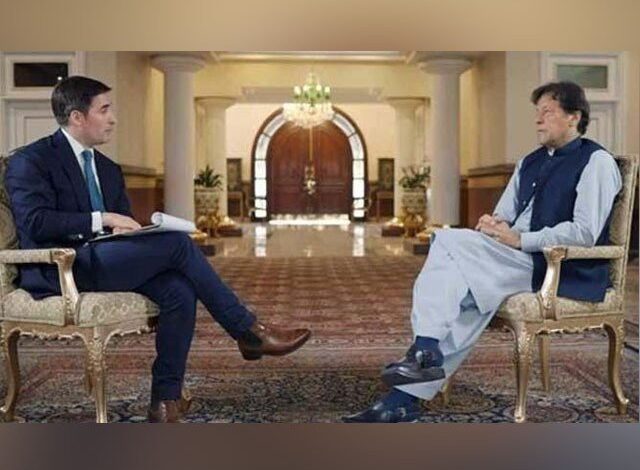 Islamabad: Prime Minister Imran Khan has said that once the Kashmir issue is resolved, there will no longer be any need for nuclear deterrents, Dawn news reported. He said this while speaking to journalist Jonathan Swan on Axios on HBO. “Intelligence analysts say Pakistan has the fastest growing nuclear arsenal anywhere in the world. Why?” the interviewer questioned. […]

Any move by the Central Govt. short of restoring provisions of Article 370 will be rejected by the people of J&K : Soz

By Press Desk on 3 hours ago KASHMIR, LATEST NEWS UPDATES

Srinagar, June 21: Prof. Saifuddin Soz, Former Union Minister Monday said that: “India’s Central Government did not learn from its mistakes and it continued to repeat its mistakes. “Now, it’s (Central Govt.’s) intention to restore the ‘Statehood’ will not yield any advantage to it because that is a small issue before the people of Jammu […]

Surrender or you will be killed: Army officer to local militants

By Press Desk on 3 hours ago TOP STORIES 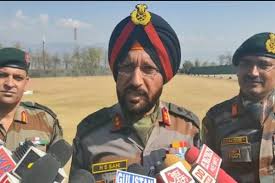 Srinagar, June 21: Army on Monday asked local militants to surrender and warned them of meeting the same fate as the three militants met at Sopore last night. Three LeT militants were killed in Gund Brath area of Sopore in a gunfight. Addressing the presser along with DGP Dilbag Singh and IGP Kashmir here, General […]

1 2 3 … 46 Next »
↑ The Kashmir Press
Log in - Powered by WordPress - Designed by Gabfire
WP2Social Auto Publish Powered By : XYZScripts.com
</html