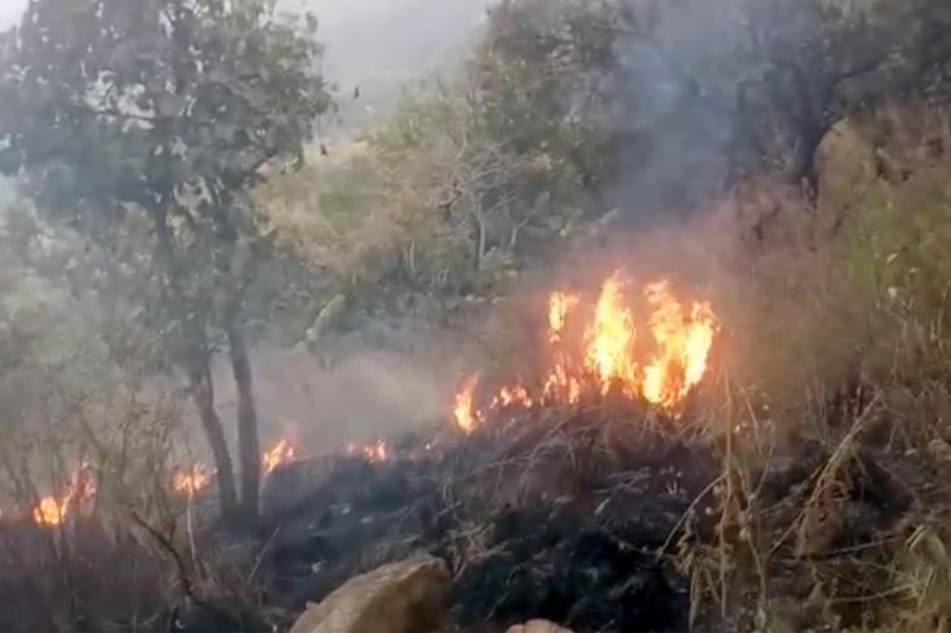 Poonch, Jun 30: A massive fire has broken out in Mendhar along Line of Control (LOC) in Mendhar, triggering landmine blasts in the hinterland, sources said.

They said that the fire broke out of some uncertain cause this evening, following which a team of forest officials rushed the spot to douse off the flames. The team has been however facing difficulties to bring the raging fire under control as several landmines have went off so far in the area, they said

The landmines have been planted by security forces to thwart any possible infiltration bids in the area, they further said.

Meanwhile SHO Mendhar Manzoor Kohli confirming the breakout of fire in the area said that the fire has already spread to a wider area. “People are on job to bring the fire under control”, he further said. gns