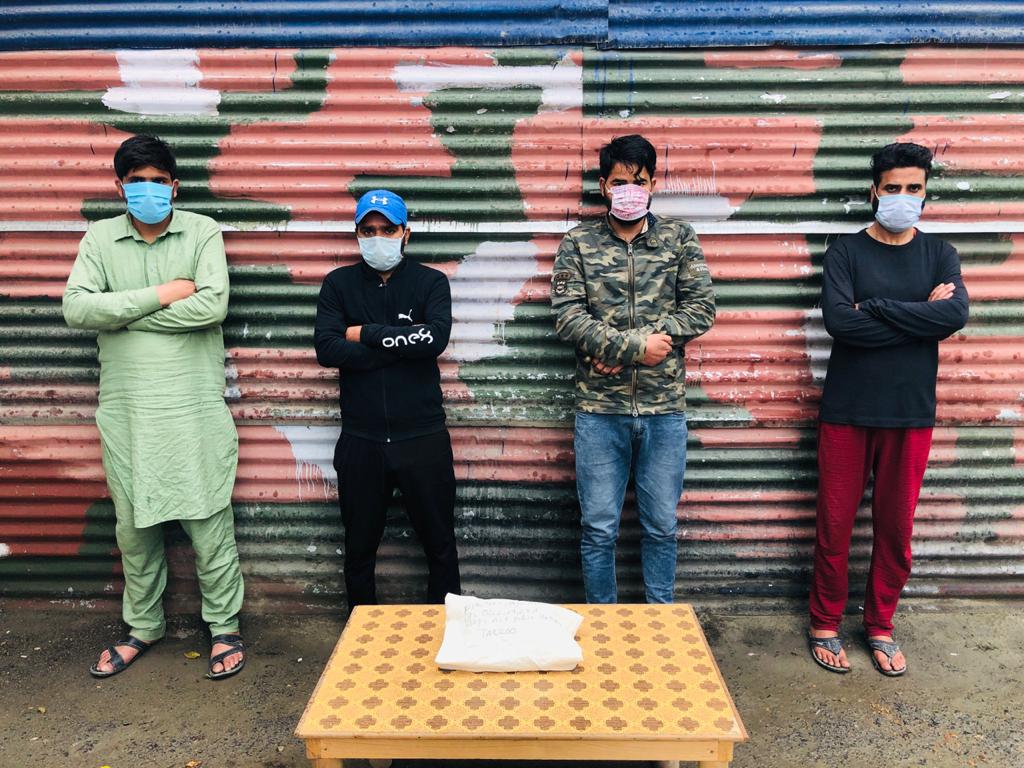 A police official said that Sopore police recovered huge contraband of drugs from the possession of these four chronic drug peddlers.

He said a police party from police post Putkha intercepted an Eco van (JK01Q 1280) at a check-point near Wagub Crossing and during checking huge quantity of contraband including 666 tablets of Spasmoproxyvon Plus were recovered from their possession.

The accused were arrested and booked under relevant sections of law at police station Tarzoo. They have been identified as Muzamil Lone alias Setha of Wagub Lone Mohalla, Azad Sheikh of Tarzoo Asthan Mohalla, Mehraj Bhat alias Inam, a resident of Amargarh and Tanveer Sheikh of Panzipora Lone Mohalla Sopore.

The accused during questioning revealed that they were selling the drugs to youth of the area and making them addict to drugs. knt