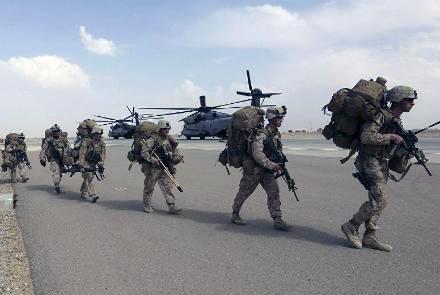 Kabul: US Secretary of State Antony Blinken in a letter to President Ashraf Ghani seen by TOLOnews put forth suggestions to the Afghan government to accelerate the peace process, including convening a UN-facilitated conference with international stakeholders, proposals to facilitate discussion between the two sides to form a negotiated settlement and ceasefire, a meeting in Turkey between both sides to finalize a peace agreement, and a revised proposal for a 90-day reduction in violence.  However, along with these proposals, Blinken made clear that the United States is considering all options regarding Afghanistan, including the May 1st deadline for full withdrawal, Tolo news reported

This letter is reportedly similar to one shared with the chairman of the High Council for National Reconciliation, Abdullah Abdullah.

First, Blinken suggests that the UN should convene a meeting of foreign ministers and envoys from Russia, China, Pakistan, Iran, India and the US to discuss a unified approach to supporting peace in Afghanistan.

Second, US envoy Zalmay Khalilzad should share with President Ghani and the Taliban leaders written proposals “aimed at accelerating discussions on a negotiated settlement and ceasefire. “These proposals reflect some of the ideas included in the roadmap for the peace process,” Blinken wrote. On this point, Blinken elaborated: “In sharing these documents, we do not intend to dictate terms to the parties…. Rather the documents will enable the Islamic Republic and the Taliban to move urgently to the tasks of developing a) the foundational principles that will guide Afghanistan’s future constitutional and governing arrangements b) a roadmap to a new, inclusive government and c) the terms of a permanent and comprehensive ceasefire.”

Third, Blinken says Turkey will be asked to host a senior-level meeting of both sides in the coming weeks to finalize a peace agreement. Blinken urges Ghani or his “authoritative designees” to attend the meeting.

Blinken, in his fourth point, says the US has prepared a revised proposal for a 90-day reduction in violence, “which is intended to prevent a spring offensive by the Taliban and to coincide with our diplomatic efforts to support a political settlement between the two parties.” He asked President Ghani to “positively consider” the proposal for the reduction in violence.

Following his outline of these suggested steps, President Ghani said in the letter that the United States has not ruled out any option regarding Afghanistan:

“I must also make clear to you Mr. President, that as our policy process continues in Washington, The United States has not ruled out any option. We are considering the full withdrawal of our forces by May 1st, as we consider other options,” he writes.

Further, Blinken writes that even with the continuation of the US financial assistance to Afghan forces after an American withdrawal, he is “concerned that the security situation will worsen and that the Taliban could make rapid territorial gains” and that he shares this so that President Ghani “understands the urgency of my tone regarding the collective work outlined in this letter.” (Tolo news)