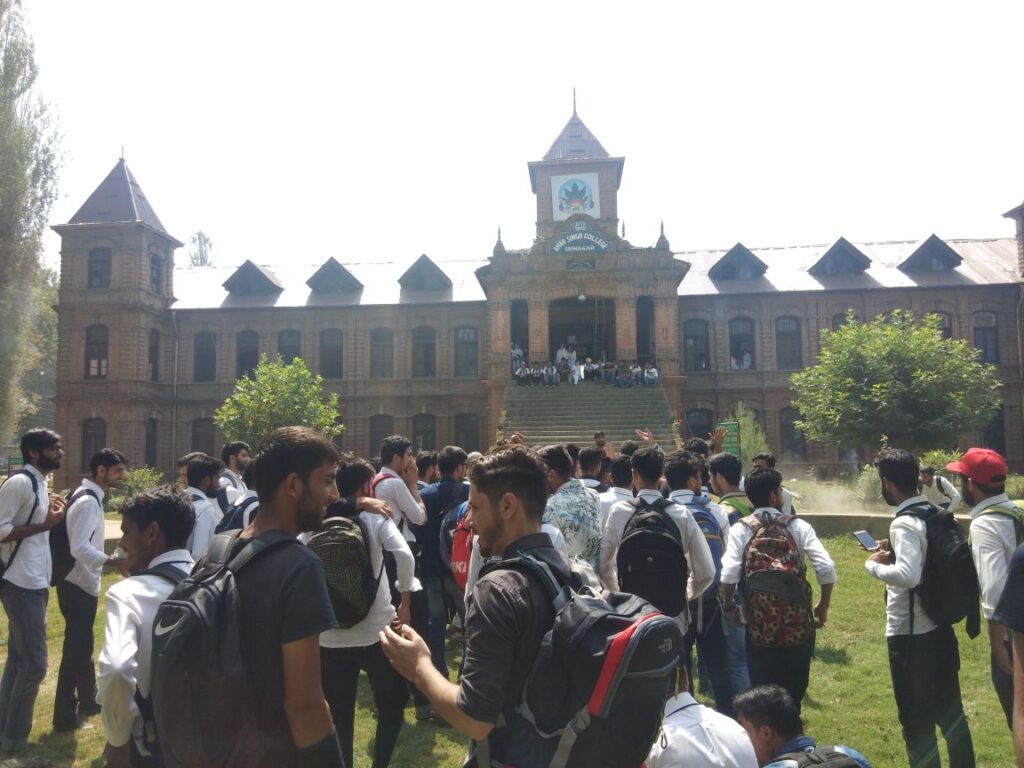 Srinagar, Feb 13: Amar Singh College here in summer-capital has announced application of odd-even rule for the proposed resumption of classwork on February 15 in Valley, after a winter break of nearly fifty days.

The College Principal Professor Bashir Ahmad Rather said that the classwork will be resumed in pursuance of a Government Order number 18-JK (HE) of 2021 on February 15.

The classwork will be resumed on an odd-even basis wherein students with odd roll numbers for second, fourth and sixth semester will attend the College on Monday, Wednesday and Friday and those enrolled with even roll numbers will attend on Tuesday, Thursday and Saturday respectively, he said.

However the classwork for first upto fourth semester for students pursuing PG in Geography and seventh semester IG (PG) English will be conducted on all days of the week, he said.

The SOPs have been elaborated thoroughly, which will are to be followed mandatorily by each stakeholder and no leniency would be tolerated by anyone in this regard, he said.

All the students, teaching and non-teaching staff shall mandatorily wear facemasks, download Aarogya Setu Application on their mobile phones besides following other guidelines”, he said adding that the extra-curricular activities have been put on hold even as all measures put in place to ensure physical distance is maintained in and around the premises of each college and varsity. gns