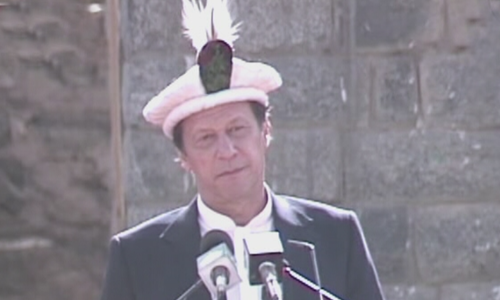 Islamabad, Jan 18: Pakistan Prime Minister Imran Khan on Monday said purported WhatsApp conversations of an Indian anchor published in Indian media prove that the Modi government used the Balakot incident for electoral gains — a point he had already revealed to the world in the 2019 UNGA session, Dawn news reported.

The premier was referring to recently emerged transcripts of purported WhatsApp conversations between firebrand Indian anchor Arnab Goswami and Pratho Dasgupta — the incarcerated head of ratings company Broadcast Audience Research Council (BARC) — which suggest that the television host knew about Modi government’s plan to stage a military strike in Pakistan days before the February 26, 2019 event occurred.

In a series of tweets, the prime minister recalled that in his speech at the United Nations General Assembly in 2019, he had told the international community that the ruling Bharatiya Janata Party (BJP) had “used the Balakot crisis for domestic electoral gains,” Dawn reported.

“Latest revelations from communication of an Indian journalist, known for his warmongering, reveal the unholy nexus between the Modi govt and Indian media that led to a dangerous military adventurism to win an election in utter disregard for the consequences of destabilising the entire region,” the prime minister Khan tweeted.

He said that Pakistan had “averted a larger crisis by a responsible, measured response to Balakot”. However, the Modi government’s actions are turning India into a “rogue state”, he added.

He said that the India’s sponsorship of terrorism in Pakistan, “the human rights abuse carried out by the Indian forces in occupied Kashmir and a 15-year long disinformation campaign to discredit nations in conflict with New Delhi, particularly Pakistan “all stand exposed”.

“Now India’s own media has revealed the dirty nexus that is pushing our nuclearised region to the brink of a conflict it cannot afford,” the premier said.

“I want to reiterate that my government will continue to expose India’s belligerent designs towards Pakistan and Modi government’s fascism. Int(ernational) community must stop India from its reckless, militarist agenda before the Modi government’s brinkmanship pushes our region into a conflict it cannot control.”

‘Bigger than a normal strike’

Last week, the Mumbai police submitted evidence in a case pertaining to alleged manipulation of television ratings. The evidence included transcripts of purported WhatsApp conversations between Goswami and Dasgupta which suggest that the former was aware of the Indian government’s plans to stage a military strike in Pakistan.

According to excerpts of the purported conversations published by Scroll.in, Goswami texted Dasgupta on Feb 23, 2019, saying: “On another note something big will happen.”

After a few messages on other matters, Dasgupta asked, “Dawood?”, referring to a notorious gangster who is wanted in several cases.

Arnab Goswami: “No sir Pakistan. Something major will be done this time.”

Partho Dasgupta: “It’s good for big man in this season.”

Partho Dasgupta: “He will sweep polls then.”

Arnab Goswami: “Bigger than a normal strike. And also on the same time something major on Kashmir. On Pakistan the government is confident of striking in a way that people will be elated. Exact words used.”

Three days later, an Indian airforce plane invaded Pakistan’s airspace and went back after dropping its payload in a forest in Balakot. The Indian media portrayed the incident as a major offence against Pakistan and the then BJP government claimed that “more than 250 terrorists” were killed in the air strikes in Balakot on “training camps of the Jaish-e-Mohammed (JeM)”. In reality, no casualties had occurred.

The incident brought both nuclear-armed nations on the brink of war. The next day, Pakistan responded by downing two Indian planes, one of which crashed within Pakistani territory. Its pilot was taken into custody but was released a day later as a gesture of peace.

A day after the episode, excerpts from the alleged chats show, Dasgupta texted Goswami asking whether this was what he was hinting at.

Answering in the affirmative, Goswami added: “More to come”.

According to TheWire, these purported conversations, which cover topics from the Pulwama attack to Kashmir’s annexation, are just a part of the mammoth transcript which shows Goswami was aware of the Indian government’s plans well in advance.

Soon after the Pulwama attack on February 14, 2019, in which 40 soldiers were killed, Goswami allegedly wrote to Dasgupta acknowledging how the attack had helped his channel. “This attack we have won like crazy,” he allegedly wrote the same evening at 5:43pm, according to excerpts published by TheWire.

These latest reports are particularly damning for Goswami, who is known for aggressively backing up Modi and his Hindu nationalist policies during his nightly shows, often shouting down opponents.

Critics have long accused Republic TV of pandering to Modi’s agenda at a time when other media channels say press freedom is under threat. (Dawn news)