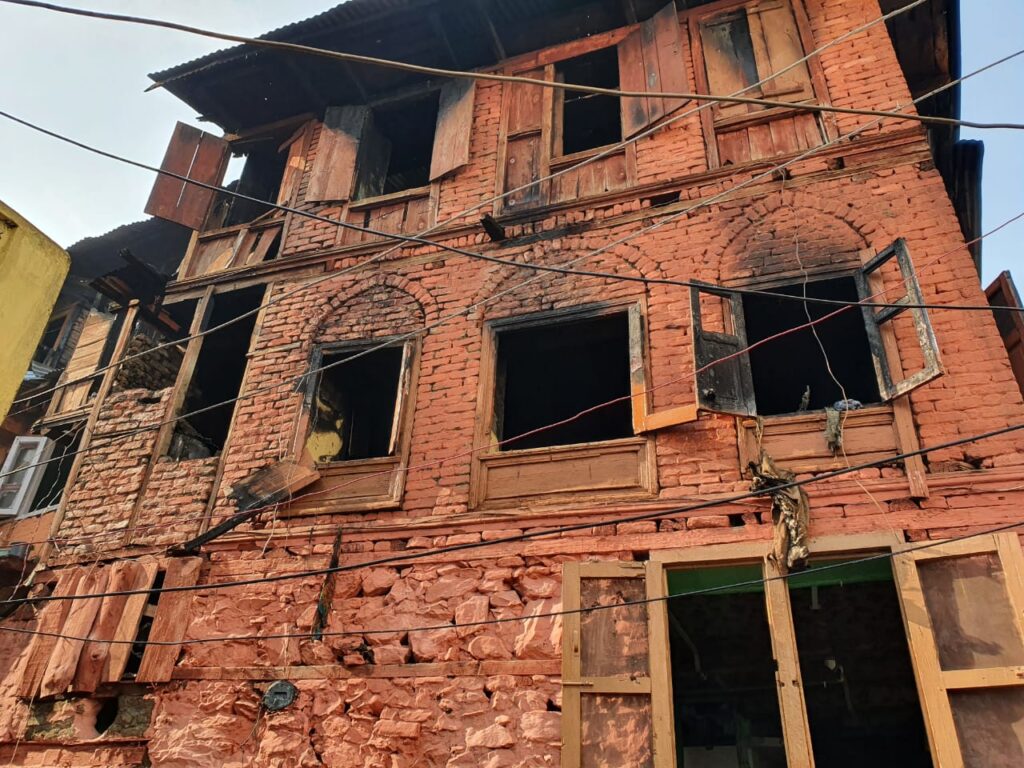 Srinagar, Jan 16: At least six families lost their shelter in a massive blaze at Namachibal area of Fateh Kadal Srinagar on Friday that turned two residential houses into ashes.

From clothes to essentials, these families have lost everything in the devastating blaze.

With the damage caused to two residential houses, at least six families were rendered homeless amid the bone-chilling cold.

These families belong to the downtrodden section and lost their everything in the massive blaze.

One of the family head, Muhammad Amin Dar is physically challenged from last 25 years while his wife has suffered a major injury during the blaze last evening as she has jumped through the window.

“She is currently admitted in Bone and Joint hospital in Srinagar where she is undergoing treatment,” the family said.

Muhammad Amin Dar, according to the family has also lost Rs 1.5 lakh cash, which he had got from his in-laws.

“We have lost everything. We don’t even have a place to live in this harsh winter,” the affected families said.

Chairman of local Mohalla committee, Ghulam Mustafa Bisati appealed the government to compensate the affected families so that they can build their homes again—(KNO)