Bailey Bridge Being Launched To Restore Traffic On Highway: Authorities 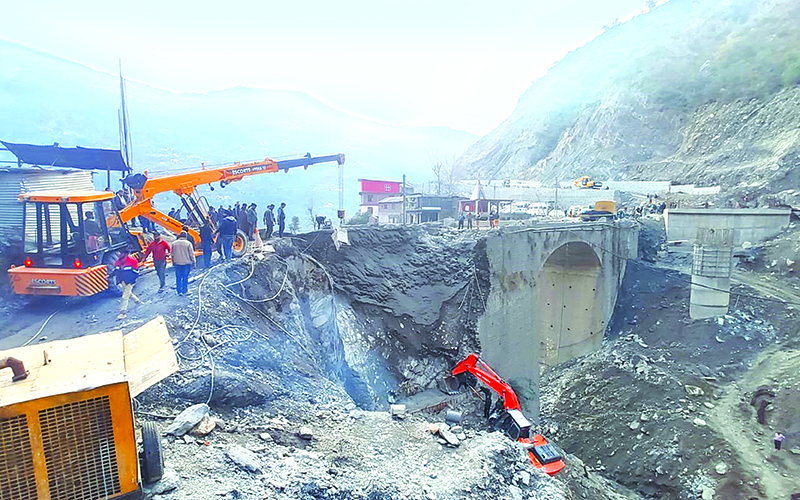 Srinagar, Jan 12: Authorities on Tuesday said that a Bailey bridge is being launched by Border Roads Organization (BRO) to restore connectivity on Jammu-Srinagar highway, the only surface link connecting Kashmir Valley with the rest of the world.

The 260-kilomter thoroughfare has been closed since 6:20 p.m. on January 10 after retaining wall of key bridge collapsed at Kela Morh, Ramban with no optional immediate carriageway available.

“Repairing by concrete filling and settling of the concrete for making it motorable may take approximately 10 days as per P.D NHAI (Road construction and maintaining Agency),” traffic department said in a statement.

“In the interim, to restore connectivity, a Bailey bridge is being launched by BRO,” they said. A Bailey bridge is a portable, pre-fabricated and truss viaduct usually built for military purposed.

“However, Jammu-Doda-Kishtwar, Jammu-Ramban, Gool Sangaldan, Magerkot- Banihal, and Banihal-Qazigund stretches are through for local traffic. People are requested to take their journey accordingly,” the officials added.

Sources told GNS that hundreds of vehicles are stranded around the damaged spot.