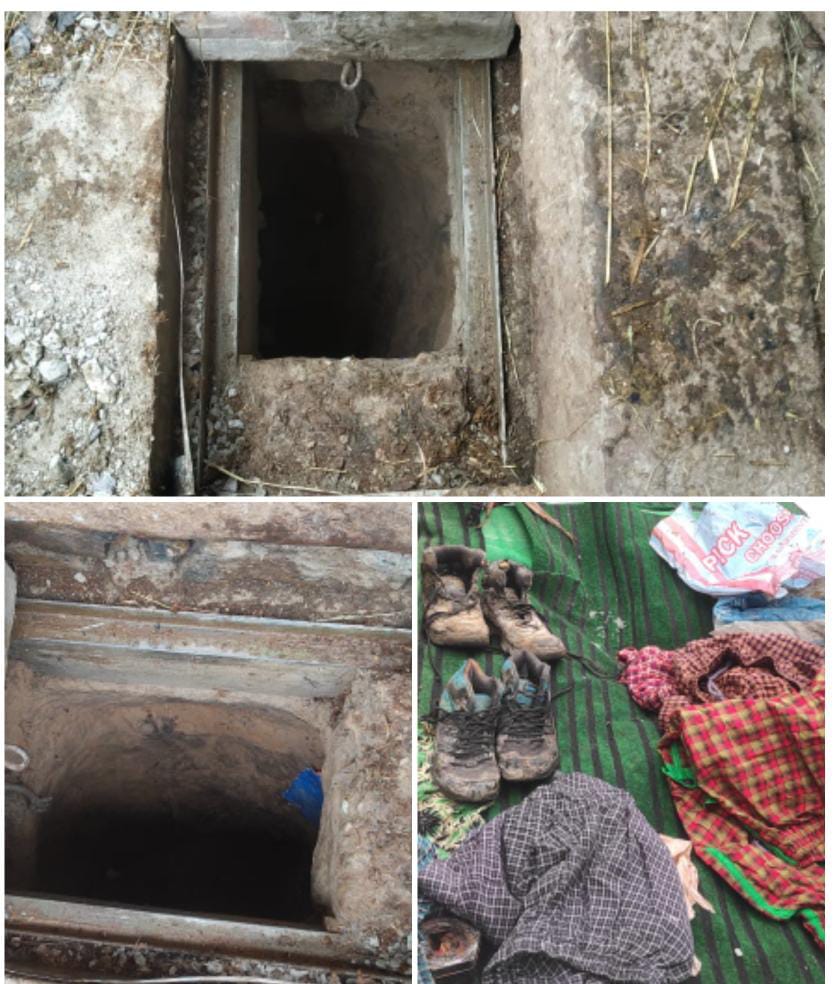 Awantipora, Jan10: Awantipora police received an information regarding presence of militans of proscribed outfit Lashkar-e-Toiba in a hideout constructed in a particular house in village chandhara Pampore.

According to the statement,  Police along with 50 RR and 110 Bn CRPF carried out the search of the said house today morning and during search one large hideout was found in the cow shed of the said house.

The size of the hideout is approximatel*10ft x5ft x5ft*`with small opening coved by a lid and a tunnel of about 6ft leading to the hideout, police said,

Incriminating material of proscribed outfit Lashker-e-Taiba and 26 round of AK-47 were recovered from the said hideout, the statement added

The police said they filed a case under FIR No. 04/2021 at Police Station Pampore under relevant sections of Unlawful Activity Act, besides, adding, one militant associate Adil Ahmad Shah S/o Mohd Azad Shah R/o Chandhara Pampore ‘has been arrested in the instant case.