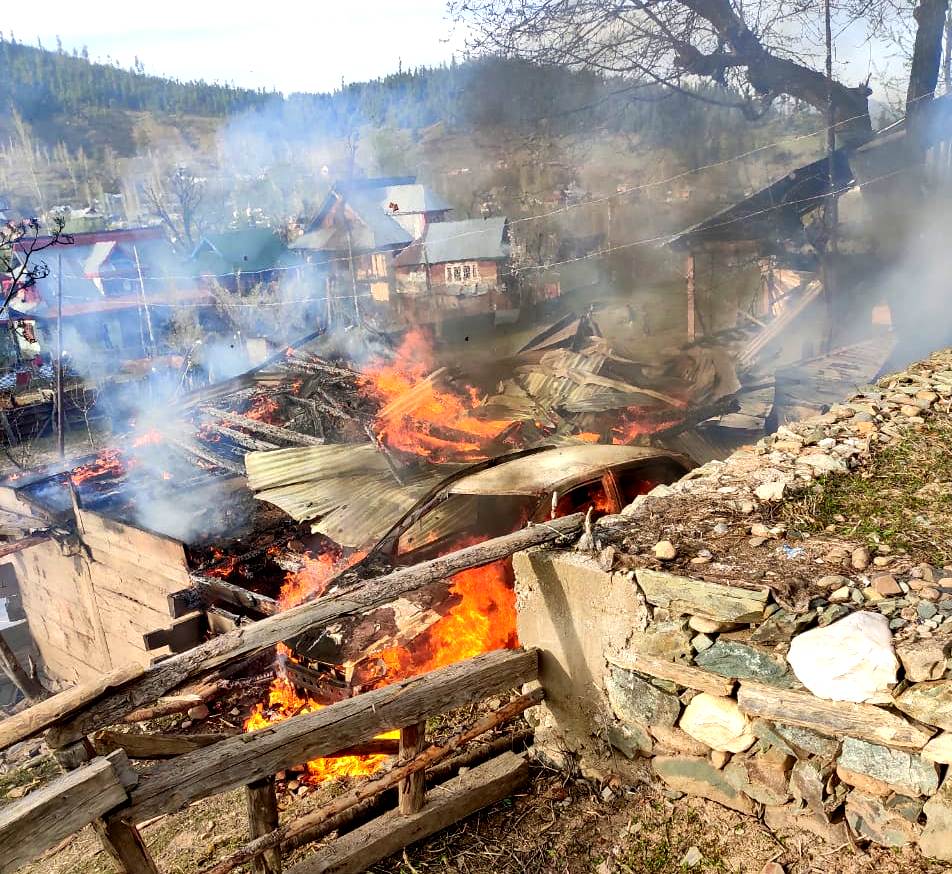 Bandipora, Dec 28: A residential house and a cow shed were completely gutted while three other houses suffered partial damage in a massive blaze that broke out in Kuloosa area of Bandipora district late Sunday night.

An official said that the fire broke out during intervening night of Sunday-Monday in one of the residential houses and later engulfed cowshed and other nearby houses.

He said that during the blaze a residential house belonging to Saif-ud-Din Ganai and a cowshed were completely damaged.

He said that property worth lakhs was damaged and a family was rendered homeless. “Three more nearby residential also suffered partial damage in the blaze,” he said.

The official said that as the fire broke out a team of Fire and Emergency Services department reached the spot to douse the flames, however, a residential house had completely gutted by the time the team reached the spot.

He said that the fire was later brought under control by fire and emergency department with the help of police and locals.

He said that police have taken cognisance of the matter.

Meanwhile, locals appealed to the district administration to rehabilitate the affected family—(KNO)