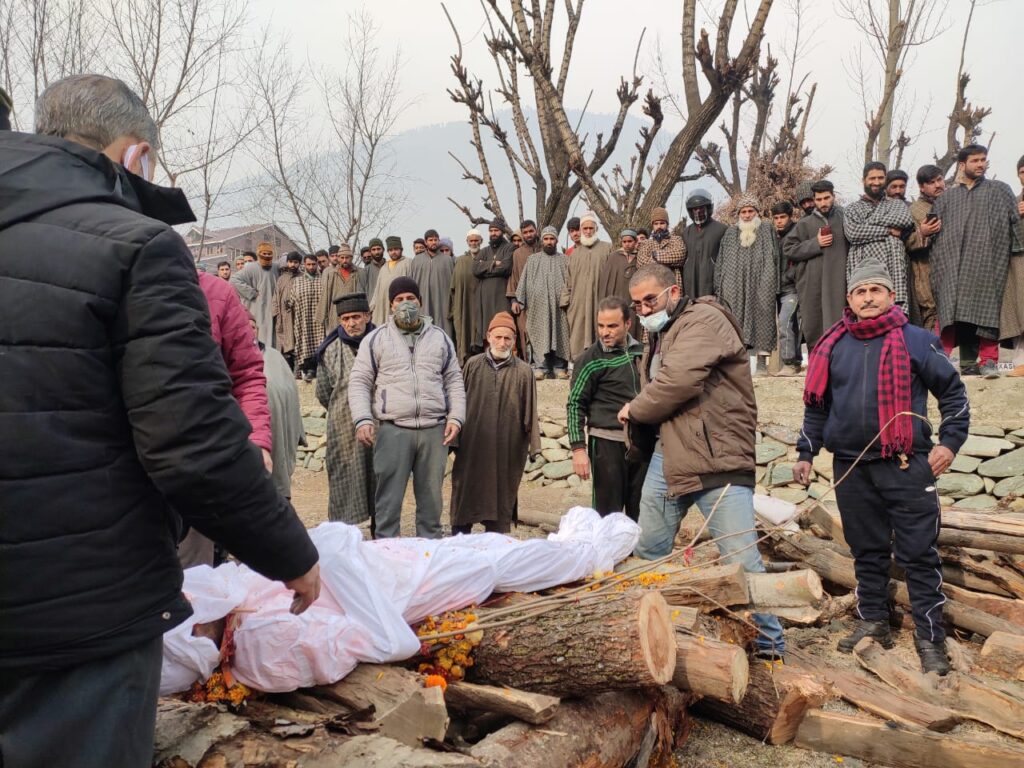 Pandit Nath, 92, breathed her last in her home at Wussan in the wee hours on Friday plunging the whole locality in mourning, eyewitnesses said.

Soon after the news of her death spread, local Muslims made special arrangements in performing her last rites. They also ferried firewood for helping the family to cremate the deceased.

“It is in our Islam to take care of neighbours irrespective of their religion,” Inayat, a local resident said.

In Wussan locality around a dozen pandit families are residing who did not migrate from Kashmir valley during early1990’s and instead decided to stay put. Since then the two communities have lived in the locality in harmony and have always shown compassion to each other.

After militancy erupted in the Valley in the early 90s, the Pandit community was forced to migrate from Kashmir. A very small percentage of Kashmiri Pandits, however, stayed back and are living in many parts of Kashmir—(KNO)