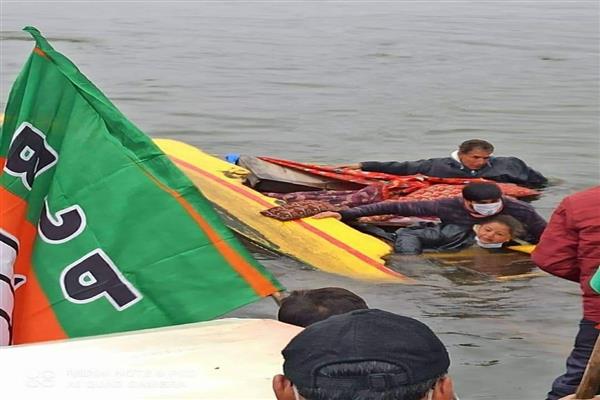 Sources said that the party had organised a boat rally in Dal lake and one of the boats carrying several activists capsized near Ghat no.17 adjacent.

However all were rescued immediately, sources added, ” Those who fell in water body were given medical attention.(KNS)