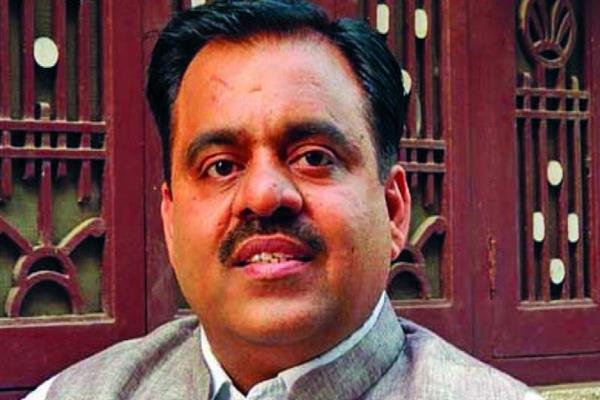 Chugh who is on three day visit to Kashmir valley said that propaganda of Gupkar Gang have no takers in Valley and people are openly supporting BJP in the ongoing District Development Elections (DDC) and Panchayat bye-polls.

” Our party has a clear agenda of development and prosperity. We are not looters and have not deceived people like regional parties,” he said.

The national secretary appealed the people to vote for BJP and negate these opportunist political fringe groups to teach them a lifetime lesson.

” I have visited dozens of far-flung areas in Kashmir who are need of development and BJP will empower them all,” he said.

Chugh said it is positive move that there is enthusiasm among people during the election.

“They are standing in long queues to cast their votes and it is first time in the history of Kashmir that people are coming out without any fear and separatist pressures.

“It is biggest achievement of our esteemed Prime Minister Narendra Modi and his leadership skills. We left no stone unturned to continue his vision and mission in the valley,” he said.

Chugh also met Corporators at Srinagar Municipal corporation (SMC) and Mahila Morcha workers. He urged them to work for the people of Srinagar and smart city projects.

” People will see a visible change in coming years and party will reach to every corner of Jammu and Kashmir,” he said(KNS).