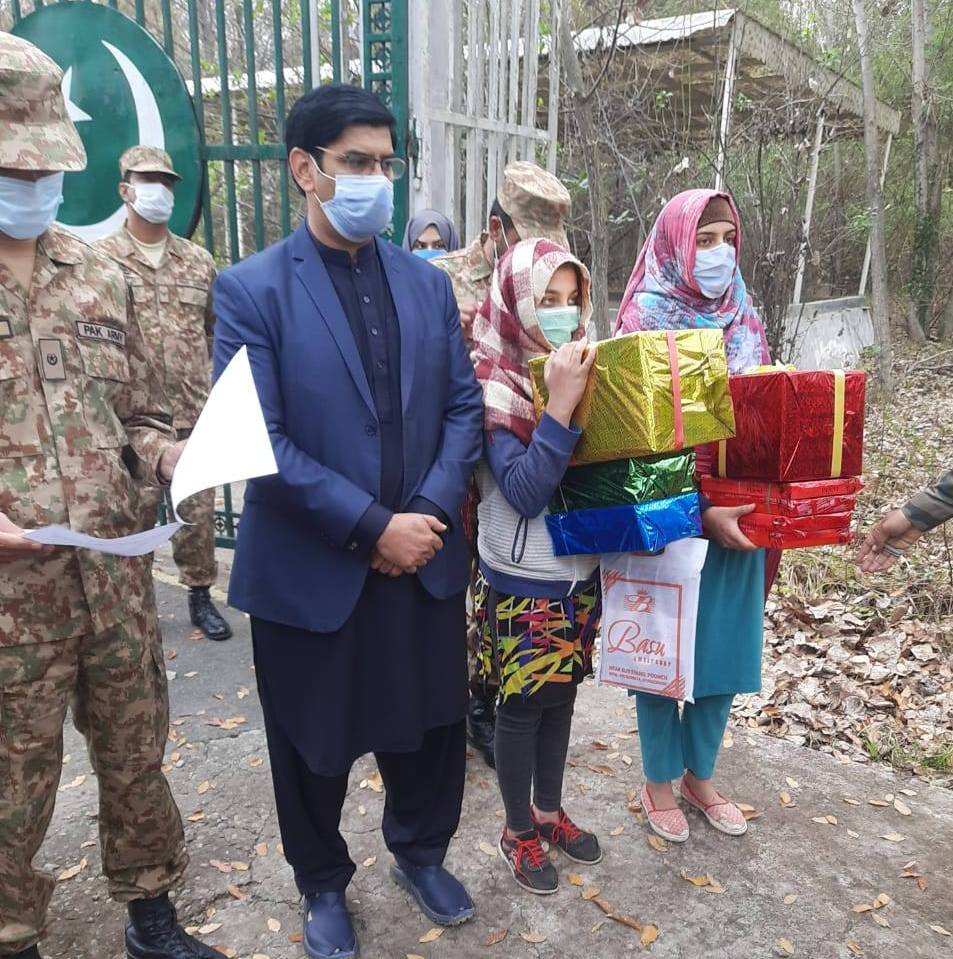 Residents of Abbasspur in Kahuta Tehsil of PaK, the sisters were apprehended by the Indian army after noticing them moving in Sarla sector along the LoC in Poonch on Sunday (December 6), a defence spokesperson had said.

“Own troops deployed along the LoC, having detected the crossing, exercised complete restraint to prevent any harm to the teenagers,” the spokesperson had said.

Sources told GNS that a meeting was arranged at the Chakan Da Bagh in which officials from Pakistan and India were present.

SSP Poonch Ramesh Angral told GNS that the girls were handed over to the authorities in Pak. (GNS)