SARFAESI Act a Breach of Trust to Business Community: FCIK 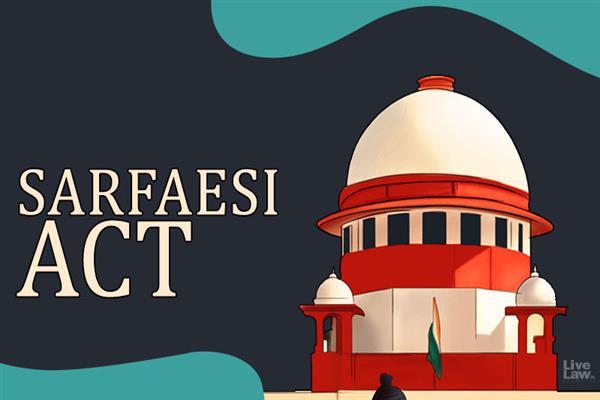 Srinagar December 97: Federation Chamber of Industries (FCIK) conveyed its surprise with the Finance Department order to deliver Possession of the secured assets within 60 days under Securitisation and Reconstruction of Financial Assets and Enforcement of Securities Interest Act (SARFAESI).

In a statement, FCIK Secretary General “Ovees Q. Jamie” said the Government is in gross contrast and contradiction to its own commitments with the stressful/NPA turned enterprises has simply endorsed a direction from Union Finance Ministry as any other normal state/UT.

FCIK recalls the recent package announced by the Hon’ble Lt. Governor for revival of businesses, among other things, commits on resolution of all such cases through OTS/ Restructuring etc to be decided by a competent committee constituted for the purpose. As a first step, the government recently forward first set of cases to J&K Bank for mutual settlement with concerned account holders. Understandably a report on these negotiations has already been submitted to the Government by the Bank authorities.

While all this process of settlement is underway, empowering banks to take over the mortgaged property under SARFAESI Act tantamount to breach of trust with already shaken business community that has reached this point for reasons beyond their control.

FCIK demands to restrain the banks from filing any fresh cases besides directing them to withdraw already filed cases with District Magistrates and other courts against local business enterprises under section 14 of the SARFAESI Act till the fate of such cases is decided in consonance with the recent Government commitments.

Despite a strong assurance for handholding and meaningful revival of businesses in the J&K UT, this action is bound to erode the confidence and trust that the business community has reposed in the Government after the abrogating of Article 370. Instead of re engaging the businesses and youth entrepreneurs this act is going to derail the process of business revival

FCIK Sr. Vice President Ghulam Jeelani said that the sub ordinate debt scheme announced by ministry of MSME in June 2020 for stressed and NPA accounts has not been implemented by the bank despite the fact that concerned entrepreneurs applied for the scheme well in time. The said scheme was specially designed by the Govt of India for stressed and NPA accounts but bank is reluctant to implement it, even restructuring is not been done to standard accounts because of reluctance from Rating agencies to issue desired rating, with a pretext of Geo-Political issues. FCIK demands that the loan accounts turned NPA or stressed be accommodated and revived /rehabilitated and overall accounts be restructured with sufficient moratorium period. The Kashmir Valley has seen turbulent conditions from last three decades & the government should take that in view before issuing such orders.