Nagrota gunfight ends with the killing of four militants: Police 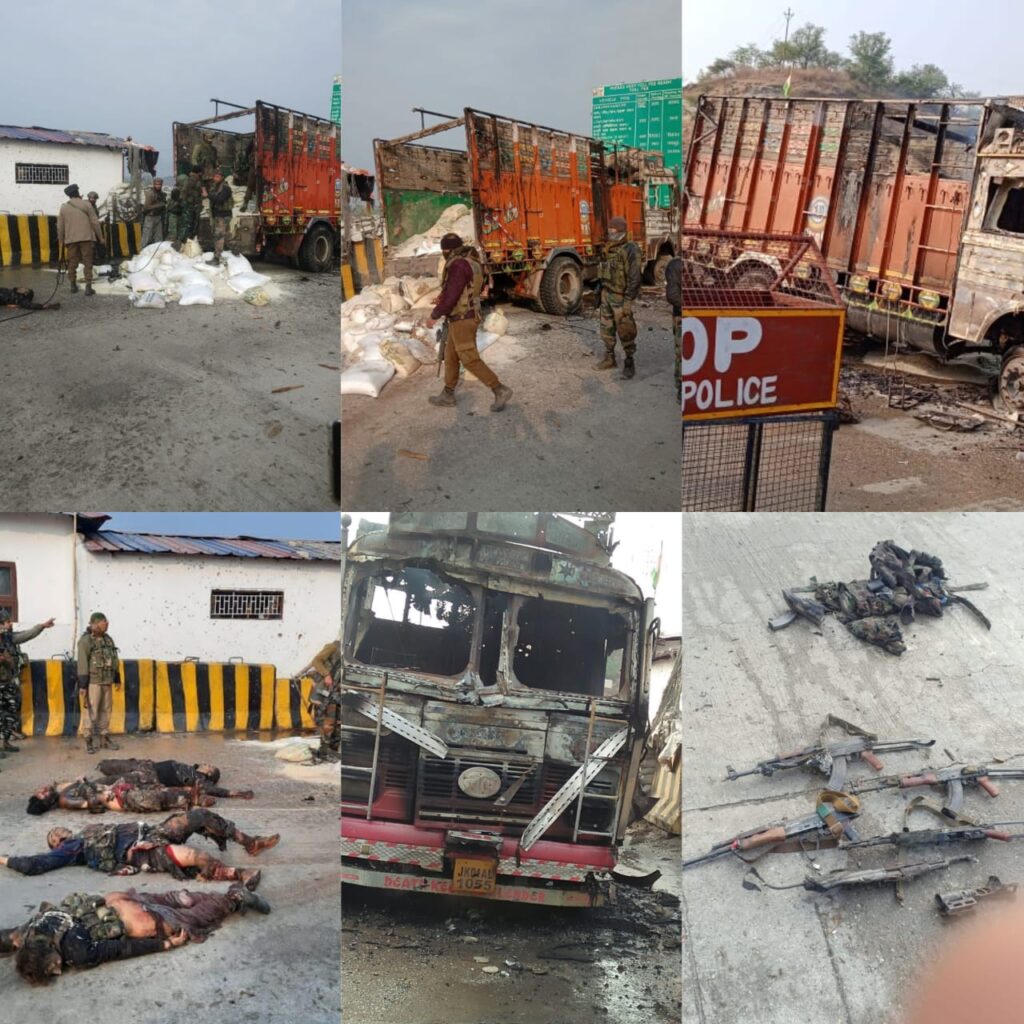 Police official said that acting on a specific input, joint forces intercepted a truck near Ban toll plaza on Jammu-Srinagar highway in Nagrota area at around 5AM on Thursday.

“Militants present in the truck opened fire on the joint forces, who retaliated and the encounter broke out. In the ensuing gun battle, four unidentified militants were killed and the arms and ammunition carried by them was recovered,” the official said.

He added that an SOG man was injured in the gunfight who has been taken to hospital where he is stable.

Due to gunfight the traffic on Srinagar-Jammu Highway was suspended. No traffic movement is being allowed from Nagrota and Udhampur’s Tilting area till the filing of this report.

IGP Jammu said in a tweet that four militants have been neutralized and one police constable has been injured in an encounter at Ban Toll Plaza, Jammu. He said the area is being sanitized.”

Police said that the group of militants onboard in the said truck was on its way to Kashmir Valley. It said that the truck has been seized and investigation set into motion.

Pertinently, similar incident had occurred at the same place on 31 January this year when 3 militants were killed on Srinagar Jammu Highway near Ban Toll Plaza in Nagrota Jammu when they were travelling in a truck. A policeman was injured in that gunfight. (KNT)